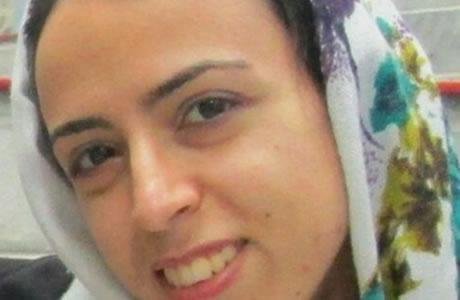 No news is available on Najmeh Vahedi, sociologist and women’s rights activist, 11 days after her arrest at home in Tehran by the Revolutionary Guard Corps (IRGC) Intelligence Organization on September 1, 2018. No information has been disclosed on her charges or whereabouts.

Najmeh Vahedi’s family has been denied visitations or phone calls and has no news of her situation and the accusations leveled against her.

Reza Vahedi, the brother of the detained woman’s rights activist, has announced that the only contact with Najmeh Vahedi after her arrest was on Tuesday, September 4, 2018, during a one-minute telephone call where she stated that the reason for her arrest is unclear and her status is undetermined.

“Eleven days after Najmeh’s arrest, we still have no information about the reasons for her detention and her condition, and this has become a concern for us. Despite repeated follow-ups, we still do not know the status of my sister,” Reza Vahedi said.

Najmeh Vahedi was arrested on September 1, 2018, on the same day as Hoda Amid, lawyer and women’s rights activist was arrested.

A few days following the arrest of the two activists, Rezvaneh Mohammadi, a gender studies student and woman’s rights activist, was arrested on September 3. All three women were involved in training workshops for women’s rights in marriage contracts and other peaceful activities related to women’s rights.