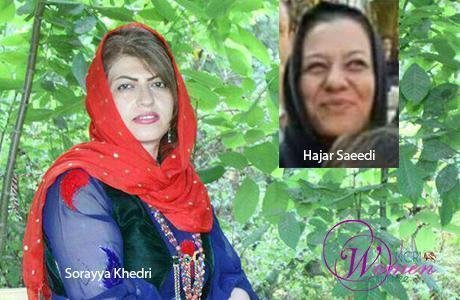 Two Kurdish women activists were arrested in Sanandaj, capital of the Kurdistan Province in western Iran.

One of the Kurdish women activists, Sorayya Khedri, was arrested by security forces on Thursday morning, September 13, 2018.

No specific information is available on the reason for the arrest of this civil rights activist and member of Kurdistan’s Rojiar Charity Organization. The arrest, however, follows the regime’s efforts to crack down on the national strike and protests of the residents of Kurdish areas.

On Wednesday, September 12, 2018, residents of the provinces of Kurdistan, Kermanshah and West Azerbaijan went on a national strike in protest to the arbitrary executions of three Kurdish activists, Zaniar Moradi, Loghman Moradi and Ramin Hossein Panahi, as well as the regime’s missile attacks on the headquarters of two Kurdish parties in the Iraqi Kurdistan on September 8, 2018.

Iranian opposition leader Maryam Rajavi had earlier called on September 8, 2018, on the Iranian people to protest and rise up in Kurdistan and all over the country. She declared, “The mullahs’ anti-human regime is hell-bent on stepping up the atmosphere of terror and repression to extinguish the Iranian people’s uprising through suppression, executions, bombardment and missile attacks.”

Following the protests and strike, a number of civil and political activists, including Kurdish women activists have been arrested by the clerical regime’s security and intelligence forces.

Earlier, intelligence forces arrested another one of Kurdish women activists in Sanandaj, Hajar Saeedi, on Wednesday, September 5, 2018, and transferred her to an unknown location.

Hajar Saeedi is a women’s rights and environmental activist. The Sanandaj Intelligence forces made the arrest by raiding her at home. Ms. Saeedi’s arrest followed the arrests of five other environmental and labor activists in Sanandaj.

Baha'i women continue to get deprived of education in Iran