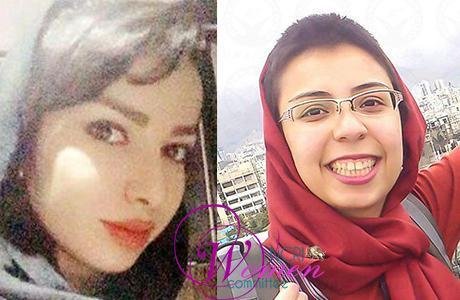 Soha Mortezaii and Maryam Mohammadi were sentenced to 6 and 7 years in prison, respectively.

Soha Mortezaii, a graduate student of humanities and secretary of the Central Council of Tehran University students, was sentenced to six years of imprisonment by Branch 26 of Tehran’s Revolutionary Court and two years of suspension from membership in political parties, and groups.

Soha Mortezaii was arrested at home on January 4, 2018, by security forces for inquiring about the status of students arrested during the December-January nationwide protests. Simultaneously, other female student activists including Negin Arameshi, Leila Hosseinzadeh, Fa’ezeh Abdipour, and Yasamin Mahboobi were also arrested.

Maryam (Massoumeh) Mohammadi, a 22-year-old female political prisoner from Fereydunkenar, was sentenced to serve seven years in Babol Prison for “propaganda against the regime.” On Saturday, September 15, 2018, the case of female political prisoner, Maryam Mohammadi, was sent to the Supreme Court. Maryam Mohammadi had been arrested by security forces during last winter’s nationwide protests and uprising.

Prior to Soha Mortezaii and Maryam Mohammadi, several other female activists and political prisoners had been summoned or received sentences in recent weeks.

Baha’i women continue to get deprived of education in Iran

MODERN SLAVERY, a brief study of human trafficking in Iran