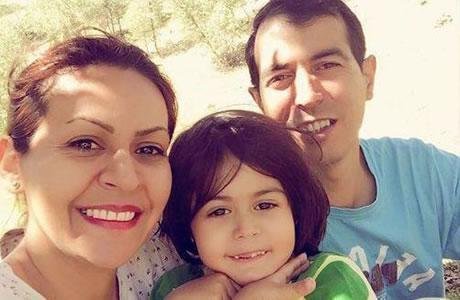 Four women have been arrested in Shiraz, south-central Iran, because of their faith.

One of the four women, Nora Pourmoradian, a Baha’i resident of Shiraz, was arrested on September 16, 2018, by agents of the Department of Intelligence and transferred to the department’s Detention Center.

Another one of the four women arrested in Shiraz is Ms. Soudabeh Haghighat who was also arrested on Sunday night, September 16, 2018, at her home while her family and relatives were preparing for the funeral of her grandmother.

Agents of the Ministry of Intelligence reportedly broke into the psychology class of Mr. Navid Bazmandegan, confiscating the ID cards, computers, flash disks, mobile phones, along with the passwords and emails of the students. Subsequently, they took Mr. Bazmandegan to his home.

There, they arrested his wife, Bahareh Ghaderi, and after the inspection of their home and confiscation of their personal belongings, they transferred the Baha’i couple to an unknown location.

Bahareh Ghaderi and Navid Bazmandegan have a three-year-old daughter by the name of Darya who is struggling with cancer.

In addition to the four women arrested in Shiraz, another Baha’i woman residing in Shiraz by the name of Rouhiyeh Nariman, was sentenced to 2.5 years in jail by the 17th Branch of the Revision Court in this city.

Currently there are many Baha’i women behind bars because of their faith. They are deprived of their basic human rights and are constantly harassed or insulted by security agents.

Baha’ism is considered an illegal faith in Iran and its adherents are deprived of their rights to education, employment and practice of their faith.