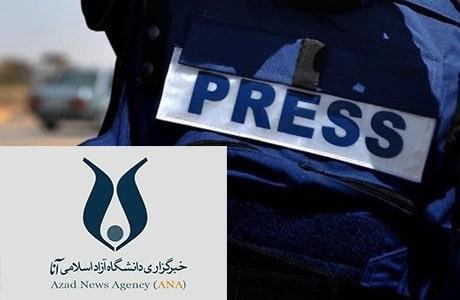 Female journalists and staff of ANA news agency fired all together

All female journalists and administration staff of the ANA news agency, belonging to the so-called Islamic Azad (Free) University, were dismissed from their jobs just because of their gender.

The female journalists of ANA news agency were fired on Tuesday, September 18, 2018, only because they are women. An informed source in ANA said, “The expulsions were not due to professional reasons, but the news agency’s management has fired not only the journalists but also all female staff of the administrative section just because they are women.”

Most of the female journalists sacked by ANA had more than three years of work experience in the news agency, but were fired based on the decision and order by Hassan Karbalaii who has become ANA’s executive director since June 9, 2018.

Sara Amiri, ANA’s social service reporter, published a letter in which the agency’s supervisor had praised her and her fellow photographer for prompt and quality news coverage, in the morning. Ironically, she got fired in the evening of the same day.

Another female journalist of ANA stated, “I was sending my report when I noticed that my user name and password have been blocked. They called me from ANA and told me not to submit any more reports. That easy!”

In a reaction on twitter, a female journalist wrote, “Lack of any syndicates for reporters and journalists has been tantamount to the mass expulsion of some of the best media experts without any firm and critical reactions!”

Female journalists have been previously arrested and imprisoned, and their lives are in danger. Among them was Tahereh Riyahi, journalist and social editor of the state-run Borna News Agency, was arrested on December 27, 2016, at the news agency’s office by agents of the Intelligence Ministry on the charge of “disseminating propaganda against the state.”

She was taken under interrogation at the Intelligence Ministry’s ward 209 in Evin Prison. In the last telephone call to her family, Tahereh Riyahi told them not to expect her anymore!

Provision of Security for Women bill lingers in labyrinth of adoption