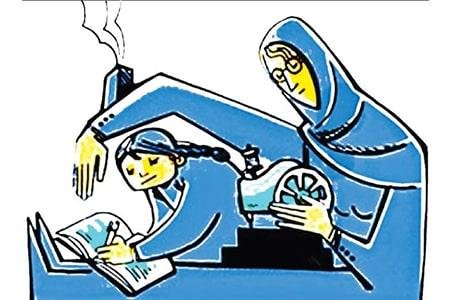 With the deteriorating economic situation in Iran, women heads of household have suffered economic pressures twice as much in recent months. Now, with the start of the school year, the expenses for their children’s education have been added to their concerns.

Rouhollah Babaii, chairman of the Social Committee of the mullahs’ parliament, said, “The government must decide on how to handle the situation of women heads of household as soon as possible, because many of the damages we see in this realm cannot be rectified in any way.” (The state-run salamatnews.com – September 18, 2018)

In terms of the status of women heads of household, state-run media reports vary in terms of how much assistance they receive from a welfare or relief committee. But what is certain is that giving support to this group of women is long overdue, with the rare support institutes in acting weakly in some cities. Female heads of households often earn their living with great difficulty, even if they receive any aid from relatives or acquaintances. The occasional and insignificant support, such as loans and subsidies, do little to improve the living conditions of women heads of household.

According to government officials, there are at least 3.5 million women heads of household in Iran, 82 percent of whom are unemployed and live below the poverty line. Only a small percentage of women heads of household are covered by the Welfare Organization and receive a meager monthly aid of 70,000 toumans which is less than 10 percent of the minimum wage of 930,000 toumans, while the poverty line in Iran currently stands at 5 million toumans. (The official IRNA news agency – November 22, 2015)

A government official in Kermanshah admitted, “We have seen many times that a woman head of household has been forced to take unconventional measures, the most common of them being the selling of kidneys.” (The state-run Mehr News Agency – October 8, 2015)