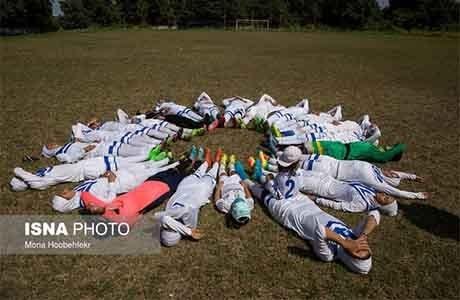 A male soccer coach was arrested for training the Iranian women’s national soccer team at a training camp in one of the northern cities of Iran.

Citing one of the members of the women’s national team, the state-run fartaknews.com published a report on September 19, 2018, saying a male coach was training the women’s national football team at a training camp held for a few days in northern Iran to prepare the team players. The man got arrested when the news leaked out.

Under interrogation, it became clear that the Football Federation was aware of the man’s participation and training in the camp and had granted him permission to train the women’s team. (The state-run fartaknews.com, September 19, 2018)

According to Iran’s laws, male instructors are not allowed to undertake women’s training and practices, particularly in sports, and none of the state authorities are allowed to issue such a permit.

Iran’s ruling regime creates numerous obstacles for women athletes to exclude them from the sports arena. Nevertheless, Iran’s women are not only talented but really hard working and motivated to show their competence at every opportunity despite lack of any form of government support.