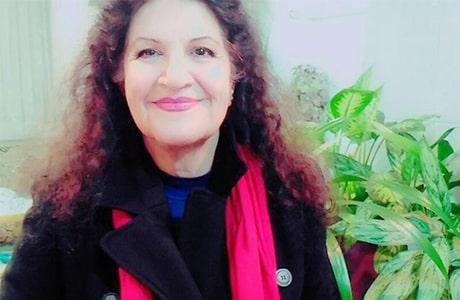 An Iranian woman, Aliyeh Eghdam-Doost, a teacher, was sentenced to 9 months of imprisonment and 74 lashes.

Ms. Aliyeh Eghdam-Doost was among six teachers arrested in a teachers’ protest gathering in Tehran on May 10. Her trial had been held on September 5, 2018.

Upon the verdict issued on September 15, by Branch 1060 of Tehran’s Criminal Court, Aliyeh Eghdam-Doost was sentenced to 9 months of imprisonment and 74 lashes which could be bought for 500,000 Rials.

The six teachers arrested in the May 10 Tehran protest were convicted of “disrupting public order by participating in illegal gatherings” and “defying on-duty officers.” The teachers who had gathered outside the Budget and Planning Organization building in Tehran demanded to have their salaries increased to above the poverty line. They also opposed privatization of the country’s education.

Ms. Aliyeh Eghdam-Doost, member of the (Teachers’) Retirement Union, was arrested along with Mr. Rasoul Bodaghi, member of the board of directors of the Teachers’ Association of Iran, Esmail Gerami, Javad Zolnouri, Hossein Gholami, and Mohammad Abedi, each of whom were sentenced to nine months of imprisonment and 74 lashes purchasable for 500,000 Rials.

Iran’s teachers took to the streets in at least 32 cities across the country on Thursday, May 10, 2018, to stage protests. Security forces in Tehran violently clashed with the protesting teachers, resulting in the arrest and injury of several teachers.

At the time, some government officials opposed the arrests of teachers. In a public session at the parliament on Sunday, May 13, 2018, Fatemeh Saeedi, member of parliament from Tehran, asserted, “The peaceful gathering of teachers in protest to their horrible living conditions turned violent because of aberrant intervention in disregard for Article 27 of the Constitution, and a group of protesters were arrested.”

“During the events in December and January where various strata of people played a role in them, it was emphasized that the people’s complaints must be listened to,” Saeedi added. “Today, as a teacher, I would like to use this podium so that the voice of teachers is heard… Is it wise to beat and arrest a teacher who is only demanding improvement of their living conditions and the quality of education?” (The state-run salamatnews.com – May 13, 2018)

Large number of women actively participated in 10 protests in Tehran