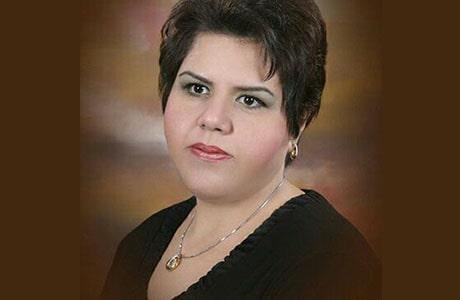 Mehrnaz Haghighi, MD, taken to jail to serve her sentence

Mehrnaz Haghighi, 49 and a medical doctor from Bandar Abbas, was transferred Saturday, September 22, 2018, to the Prison of Bandar Abbas to serve her six-month prison sentence.

Mehrnaz Haghighi was initially arrested at her home on February 19, 2017, by agents of the Ministry of Intelligence. She was incarcerated for more than three months in the detention center of the Security Police of Bandar Abbas and in Evin Prison in Tehran. She was temporarily released on bail on May 26, 2017.

Mehrnaz Haghighi was exonerated from the preliminary charges of disseminating lies, insulting the mullahs’ supreme leader, and acting against national security. The Prosecutor, however, brought two new charges against her accusing her of “membership in the People’s Mojahedin Organization of Iran (PMOI/MEK)” and “propaganda against the state and in favor of opponents.”

This medical doctor and civil rights activist denied the charge of membership in the PMOI/MEK.

Mehrnaz Haghighi was arrested at home at the age of 12, in the course of the massive crackdown on the opposition in the early 1980s. She was released shortly after due to young age. She did not have any activities until 2009 when visited families of political prisoners and offered them financial support.

Amnesty International issued a statement on September 3, 2018, in which it warned against the arrests of lawyers and women’s rights activists in Iran. AI pointed out, “These latest arrests are a blatant attempt to silence those advocating for human rights in Iran.” It also noted that this is part of the officials’ efforts to prevent lawyers from defending their clients.