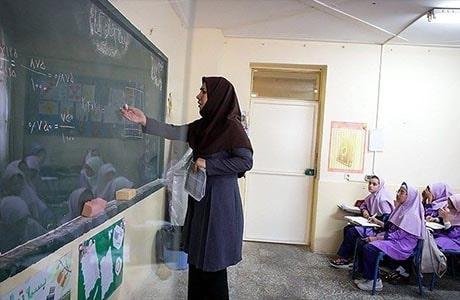 Charging tuition is the most important factor contributing to student dropouts in Iran. At least 2 million school-age children in Iran have not been able to go to school.

According to the state-run press, there are more than 15 million school-age Iranians, but the student population is only 13 million. This means that at least 2 million Iranian students have not been able to go to school, a large number of whom are girl children.

Mojgan Bagheri, a teacher and activist, says charging tuition from students has had a greater impact on dropout of girl children compared to cultural issues. “Today, more families in the rural and impoverished areas force their daughters to get married due to financial problems. Cultural reasons stand on the next level of importance,” Bagheri noted. (The state-run salamatnews.com, September 26, 2018)

Mojgan Bagheri blamed the mullahs’ parliament for the schools’ charging tuition, indicating that the budget ratified for education only sufficies to pay for basic expenses and the teachers’ salaries, which are already half the poverty line.

She added, “Every day, we see that more factories and workshops go bankrupt as a result of which more people are laid off. The dismissed workers already had serious problems paying for their children’s education. After being fired, their children will certainly have less and even no opportunity for education. In light of the present state of the economy, we will be seeing more students dropping out of school.”

Article 79 of Iran’s Labor Law bans hiring of individuals under 15 years of age.

Principle 30 of the Iranian Constitution also obliges the government to provide free elementary and high school education for all citizens. Article 570 of the Islamic Punishment Code indicates that any government failing to do so could be prosecuted.