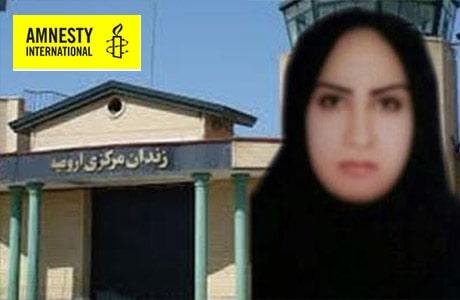 Zeinab Sakaanvand was executed after an unfair trial for a crime she committed as a juvenile.

Amnesty International has issued a statement on October 1, 2018, warning that only hours are left to the execution of Iranian prisoner, Zeinab Sekaanvand, in the notorious Central Prison of Urmia.

Zeinab Sekaanvand, 24, was arrested at the age of 17 for the alleged killing of her husband, forced into marriage when she was 15 due to her family’s poverty. She lived two painful years with her husband when she was continuously battered.

Responding to the news of imminent execution of Iranian Kurdish woman Zeinab Sekaanvand due to be executed on October 2, Amnesty International’s Research and Advocacy Director for the Middle East and North Africa, Philip Luther, said, “The Iranian authorities must urgently halt their plans to execute Zeinab Sekaanvand. She was arrested when she was just 17 years old and sentenced to death for the murder of her husband, whom she married at the age of 15. Not only was she a child at the time of the crime, she was subjected to a grossly unfair legal process.”

Zeinab Sekaanvand, an Iranian Kurdish woman on death row in Urmia prison, was moved out of her cell on October 1 and taken to solitary confinement in preparation for her execution.

Her family were contacted by prison authorities on September 30 and told to go for a final visit. They were informed that she was scheduled for execution on October 2, 2018.

The Women’s Committee of the National Council of Resistance of Iran urges all human rights organizations and advocates to intervene to stop the execution of Zeinab Sekaanvand who was arrested as a minor and is a victim of poverty and forced early marriages under the misogynous laws of Iran’s clerical regime. If executed, she is going to be the 84th woman to be executed since Rouhani took office.