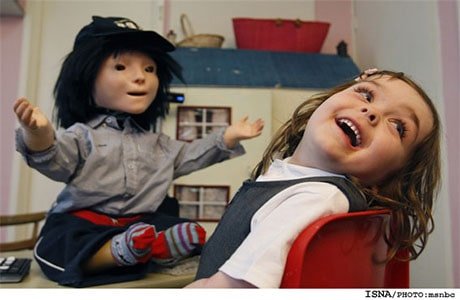 Girls with autism in Iran have no schools, declared an official of the Iranian Autism Association.

In an interview with the state’s IRNA news agency on September 23, 2018, Seyyed Mohammad-Ali Meari, Director of Education, Research and Rehabilitation of the Autism Association, said that although the Special Education Organization in Tehran had promised that the first Autism School for Girls will begin its work this year, but girls with autism continue to be deprived of schools in Iran.

The school for girls with autism was scheduled to start in September in Tehran, but so far the opening of such a school has not been reported to the Autism Association of Iran.

In Iran, one out of every 150 births suffers from autism spectrum disorder.

Seyyed Mohammad-Ali Meari said that the families of autistic patients are in bad conditions; the economic conditions affect all families and families with autistic children are no exception. These families also face special problems in providing diapers for children with autism.

According to a report by the Autism Association of Iran, families face difficulties in procuring special drugs for their patients and the cost for these medications are increasing. Insurance problems still exist to provide autism spectrum medication. (The official IRNA news agency – September 23, 2018)

Procurement of medications for special patients is a general problem for Iranian families.

Not long ago, the families of SMA patients gathered from different provinces in front of the Ministry of Health on September 24, 2018, to protest the ministry’s failure to follow up on the treatment of SMA patients and procurement of their medications.

Also the families of patients suffering from metabolic diseases gathered in protest in front of the Food and Drugs Organization on November 11, 2017.

Mothers of ill children protested against the organization’s failure to provide their children’s needed drugs and accused the officials of being irresponsible.

“We are 230 families whose children suffer from MPS (mucopolysaccharidosis). Our children need enzymatic drugs in the absence of which, they will have liver, lung and heart disorders. We have been following up (these drugs) for a year but they have not yet given us any drugs,” a woman said.

Another mother said, “The drug has been imported and stacked them up in their storehouse, while my child has not received any medication for two months. The Food and Drugs Organization has not approved distribution of the drug.”