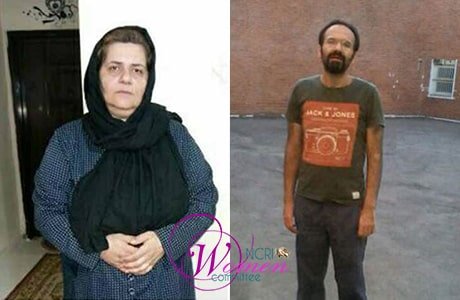 Farangis Mazloumi calls on human rights organizations to save her son

Farangis Mazloumi, mother of political prisoner Soheil Arabi, sent out an audio message on October 3, 2018, seeking assistance from all international human rights organizations to save her son’s life.

In her message, Farangis Mazloumi explains about her son’s imprisonment and the new verdicts issued for him.

Soheil Arabi, a blogger arrested for insulting the mullahs’ leader and defying the regime’s oppression, spent 4.5 years in Evin Prison and was subsequently transferred to the Greater Tehran’s Penitentiary (a.k.a. Fashafouyeh Prison) in February 2018, where he is being detained incommunicado and under harsh conditions. Soheil Arabi, 32 and married with a daughter, has been subjected to various forms of mental and physical tortures over these years.

Political prisoner Soheil Arabi went on a 56-day hunger strike beginning on January 24, 2018, in protest to the beating of women political prisoners, Atena Daemi and Golrokh Iraee, and their illegal transfer from Evin Prison to the notorious Qarchak Prison in Varamin.

Earlier, he had staged another 52-day hunger strike in protest to harassment of his family and fabrication of charges against himself.

Now, he faces a new verdict, sentencing him to a total of 9 years in prison, 4 million toumans of fine, and exile to Borazjan Prison, in southern Iran.

Farangis Mazloumi has staged numerous acts of protest to save her son’s life.

For the past four years, Farangis Mazloumi has been observing the New Year ceremonies in front of prisons. This year, she spent the turn of the New Iranian Year outside the Greater Tehran’s Penitentiary and declared that so long as her son is in prison, she will not celebrate Nowrouz.

Farangis Mazloumi announced on July 28, 2018, that her son was under tremendous pressure in Greater Tehran’s Penitentiary, also known as Fashafouyeh. He is constantly being harassed and mistreated by prison guards at the behest of the Judiciary. They intend to force him into taking deranging medications so that they could transfer him as a psychopath to Aminabad mental hospital.