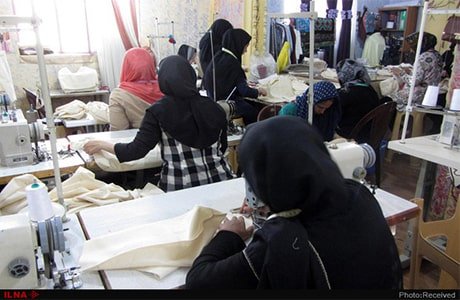 An NGO complex where women heads of household were learning job skills was closed down due to lack of funds for payment of water bills.

Ali Akbar Esmail-poor, director of the Ava-ye Mandegar Complex, located in the impoverished Tehran district of Darvazeh Ghaar, said 40 women heads of household and other vulnerable women were working in the workshops of this civil association. Their pre-school children were also going to the kindergartens in the same complex.

The complex had to shut down due to water cut off, leaving 40 women heads of household and their pre-school children without jobs and schools.

Esmail-poor says the property belonged to the municipality who had given its management to the NGO. All activities in this complex took place with the permission of the municipality.

The Water and Black Water Organization, however, considered the property as a commercial entity and used business rates in issuing water bills for the complex, amounting to 4.5 million toumans which the NGO does not afford to pay.

Esmail-poor said the only losers in this dispute are 40 women heads of household. He said, “We have repeatedly brought in their experts, to inspect the complex first hand and see for themselves that there are no shops or businesses in this complex. But they said they cannot do anything for us. Their instructions classify places as residential and commercial, and since the complex is not residential, it is considered commercial.”

In another part of his interview, Esmail-poor said, “We have time and again announced that we are not a business. We are just an NGO trying to empower and train women in Darvazeh Ghaar. It is also the place for education of 60 pre-school children. (The Water and Black Water Organization) says, however, that they do not have NGOs and charities in their lists. Every property is either residential or commercial.”

He asked, “Why do we –an NGO which is active in a difficult area of social ailments – have to pay monthly utility bills of 3 million toumans? Why is there not any correct understanding of popular activities in our country and among the executive managers? Why members of the parliament are not seeking to pass laws which support such NGOs?” (The state-run ILNA news agency – October 2, 2018)

There are at least 3.5 million women heads of household in Iran, 82 per cent of whom are unemployed and live below the poverty line. (The official IRNA news agency – November 22, 2015)

Nasrin Sotoudeh files complaint against the judge presiding her case