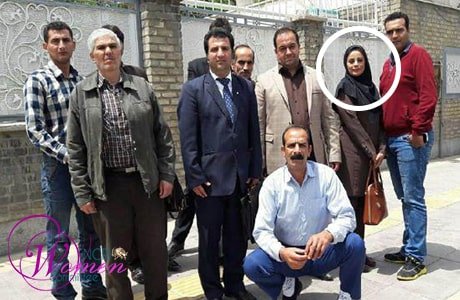 Neda Yusefi sentenced to one year in prison and 74 lashes

The Appeals Court sentenced Neda Yusefi on October 3, 2018, to one year in prison – taking into account the number of days she has already spent in prison– and 74 lashes. Neda Yusefi was arrested and detained during the nationwide uprisings in December-January in the city of Shazand, in the Markazi Province.

The Appeals Court convened in the city of Zand at the first branch of the Appeals Court of Markazi Province, to prosecute 11 protesters arrested during the nationwide protests of December-January in Shazand.

Neda Yusefi was the only female detainee among those arrested. Each detainee was sentenced to one year of imprisonment and 74 lashes, including his/her previous days in detention, for charges of “disrupting public order by taking part in illegal gatherings.”

Mohammad Najafi, a lawyer and human rights activist who is also one of the defendants in this case, announced in a note that the defendants proclaimed the reason for their presence in the protests as economic problems.

Neda Yusefi, who was arrested during the December-January protests in Arak, was first brought to court on May 14, 2018, at Arak’s Appeals Branch 102, headed by Mohammad Reza Abdollahi on charges of “disrupting public order” in Shazand.

More than 8,000 people were arrested during the nationwide demonstrations last December-January; some were temporarily released from prison until their trial, but many are still in jail.

Prior to Neda Yusefi, students and other young women such as Parisa Rafii, Soha Mortazavi, Maryam (Masoumeh) Mohammadi, Roya Saghiri, Maryam Assadlou and Arezoo Sahraii in Khoy, and Mahin Taj-Ahmadpour and Fatemeh Dinarsarai in Tonekabon received heavy prison sentences for participating in the nationwide protests.

According to statistics gathered by the Women’s Committee of the National Council of Resistance of Iran, at least 500 women were arrested in Iran during protests and uprisings in January 2018.