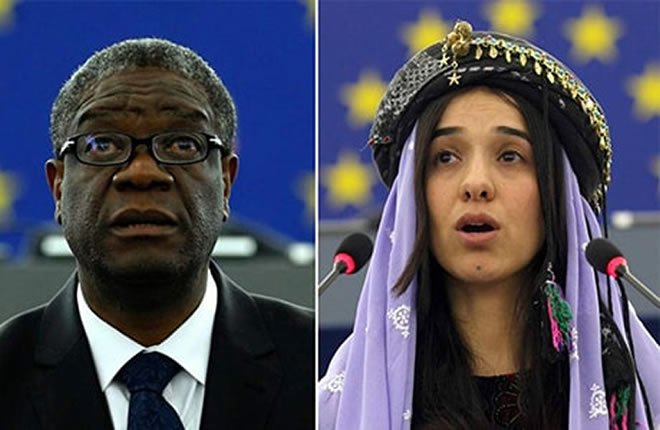 Nadia Murad, a young Yazidi woman from Iraq, and Denis Mukwege, a physician from the Democratic Republic of Congo, won the 2018 Nobel Peace Prize.

The two winners have been recognized for their efforts to end the use of sexual violence as a weapon of war and armed conflict.

The head of the Nobel Committee said the two played a crucial role in the fight against such crimes.

Nadia Murad along with thousands of other Yazidi women were kidnapped and used for sex slavery by ISIS in 2014. Her six brothers and mother were murdered.

Nadia eventually became the face for telling the story of Yazidi women. Her being awarded the Nobel Prize can once again bring back attention to the Yazidi community, which, like many elsewhere in the areas released from ISIS, is struggling with the bitter aftermath of the war and the presence of that group.

The day after she fled from Mosul, Nadia Murad went to her brother’s house in a village near the Duhok of Iraqi Kurdistan. Until that day, no one had not heard of the story of the Yazidi women who had fallen into the hands of ISIS. But Nadia did interviews and told her story publicly, saying she wants everyone to know what happened to them and that her story to reach every woman.

Denis Mukwege, a gynecologist and surgeon from the Democratic Republic of Congo, specializes in the treatment of victims who have been raped by rebel forces. He has treated close to 300 thousand victims of rape and sexual violence.

The 63-year-old physician has won a number of international awards, including the UN Human Rights Prize in 2008. He was also named African of the Year in 2009. According to The Globe and Mail, Mukwege is likely the world’s leading expert on repairing injuries of rape.