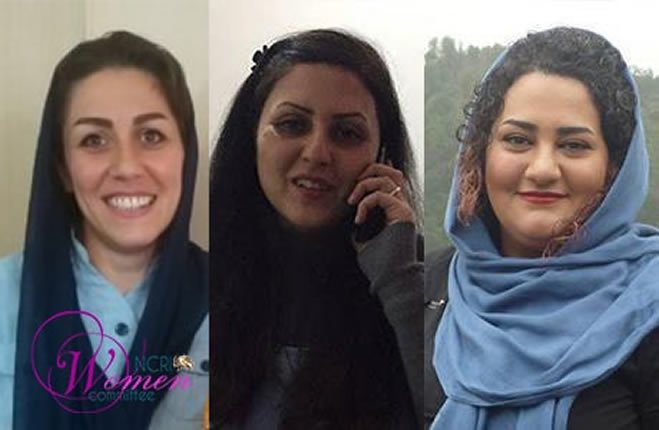 Golrokh Iraee, Atena Daemi and Maryam Akbari Monfared, three women political prisoners in the women’s ward of Evin Prison have been deprived of their family visitations for three weeks since Tuesday, October 2, 2018.

Prison agents have argued that the illegal verdict has been handed down because of the three women political prisoners’ verbal argument with prison guards at the visitation hall where they chanted slogans.

The three women political prisoners, Golrokh Iraee, Atena Daemi and Maryam Akbari Monfared, demanded to see the verdict, however, the head of the women’s ward said it had been verbally communicated to them by Charmahali, the Prison Administrator, and the Prosecutor’s Office.

On Saturday, September 9, 2018, the day after the executions of Ramin Hossein Panahi and Loghman and Zaniar Moradi, three political prisoners detained in Rajai Shahr Prison in Karaj, the three women political prisoners encountered an unannounced inspection inside the visitation hall. They resisted and refused to be inspected.

The Prison Disciplinary Council formed a meeting in the absence of the three women political prisoners and decided to ban family visits for them for three weeks. They were not shown any written papers but just verbally informed of the order.

Following up on the issue, the three women political prisoners found out that the order had been arbitrarily issued by the Prison Administrator. Vaziri, the Deputy Prosecutor, has promised the prisoners to see into the issue and resolve it.

In the meantime, Maryam Akbari Monfared who is a mother of three, was supposed to have her weekly visitation day changed since the beginning of the school year because two of her daughters are university students and her youngest daughter goes to elementary school.

The change had to take place according to the prison’s regular procedures but it has not taken effect due to hindrances by the Prosecutor’s Office representative, Rostami.

Maryam Akbari Monfared has been imprisoned for nine years without a single day of leave.  During this time, she has been seeing her daughters in the visitation hall, and if the procedure of weekly visitations is not implemented for her, she would not be able to see them.