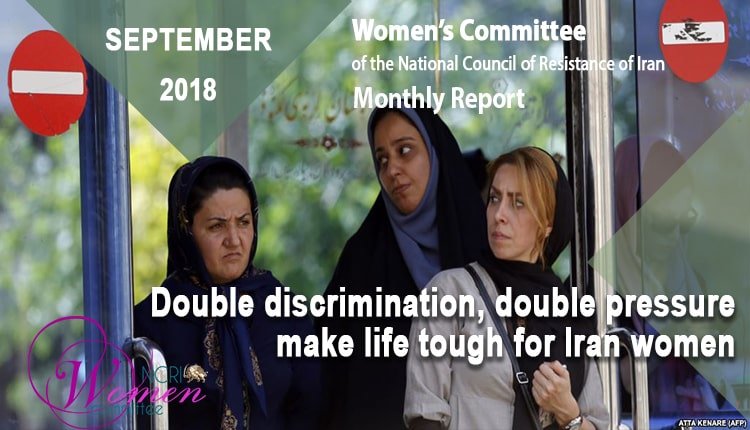 September was replete with numerous instances of suppression of Iranian women and discrimination against them while they did not sit silent by staging or actively participating in at least 42 protests.

NCRI Women’s Committee Monthly Report – September 2018 reviews the arrests and sentences issued for women activists, the expulsion of female journalist, the hampering of a bill curbing violence against women, the new measures undertaken by the clerical regime to prevent women from entering stadiums, and the additional pressure women heads of household in Iran have to endure due to the bankrupt state of the economy.

The Iranian regime continued its unwarranted arrests and imprisonment of human rights lawyers and activists. Amnesty International issued a statement on September 3, 2018, warning that the arrests of lawyers and women’s rights activists in Iran signal intensifying crackdown on civil society.

“The human rights situation in Iran has reached crisis point. Mild expressions of concern are not enough. We call on the international community to demand that the Iranian authorities stop attacks on human rights defenders, including human rights lawyers and women’s rights activists. It should urge the authorities to immediately and unconditionally release those most recently detained and ensure that every detainee is provided access to a lawyer of their own choosing from the time of arrest.”

The two women used to hold workshops for women to educate them about their rights.

Another women’s rights activist and student of gender studies, Rezvaneh Mohammadi, was arrested by security forces on September 3, 2018, for unknown reasons. Ms. Mohammadi has been transferred to the Women’s Ward of Evin Prison after undergoing interrogations for nearly one month.

Reopening of universities sees stepped up restrictions on female students In early April, simultaneous with the reopening of Iranian universities after two years, there were reports that university...

With the executions of seven women in one month, Raisi set a six-fold record in the suppression and executions of women There was a shocking increase in the... 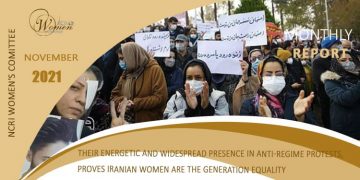 The energetic and widespread presence of women in anti-regime protests, proves Iranian women are the Generation Equality Every November, women around the world think of violence against women...