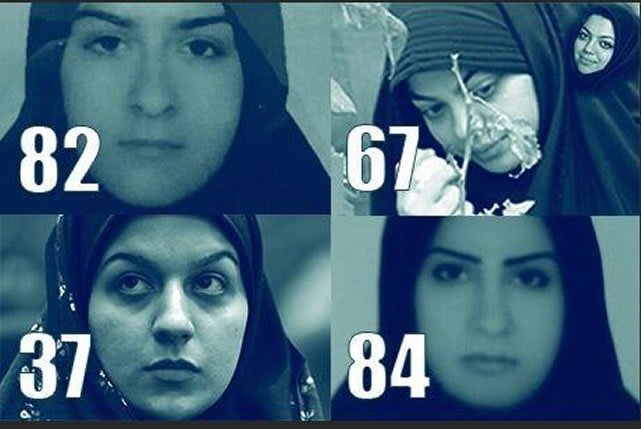 Stop execution of women in Iran

Stop Execution of Women in Iran

October 10, marks the World Day against the Death Penalty.

Death penalty violates the most fundamental human rights, the right to life and the right to freedom from torture and cruel, inhuman and degrading punishment.

The death penalty is also considered discriminatory as it is often used against the most vulnerable in society, including the poor, ethnic and religious minorities, and people with mental disabilities. It is also used by some governments to silence their opponents.

Iran is the world’s leading per capita executioner. It also holds the record in the execution of women and minors.

The Iranian regime is among those governments that execute their opponents. 120,000 people have been executed in Iran since 1981 for their opposition to the government, at-least one-third of whom have been women. According to the international laws, pregnant women must not be executed, whereas in Iran, at least 50 pregnant women have been executed in the 1980s. Women were also executed en masse in 1988, during the massacre of 30,000 political prisoners in Iran.

The Iranian regime uses execution as a tool to suppress and silence a disgruntled public the majority of whom live under the poverty line, are unemployed and deprived of freedom of expression.

Execution is a tool which helps the mullahs’ regime hold its grab on power. Over 3,200 people have been executed over the past four years under Hassan Rouhani. In the same period, 81 women have been executed, ten since January 2017.

Among the reasons that lead to the execution of women are early forced marriages, being deprived of the right to divorce, domestic violence against women, and poverty.

The international law recommends alternative punishments for imprisonment of women who are mothers and have to take care of their children. In Iran, however, mothers are not only imprisoned but handed death sentences.

Most women do not report violence and rape because judicial authorities might hold the woman, the victim, guilty and accuse her of illicit relations which is punishable by death.

One of the infamous cases of execution of women has been the case of Reyhaneh Jabbari. Reyhaneh was an interior designer, 19 years old, when she was assaulted by one of her clients, a senior official of the Intelligence Ministry. Reyhaneh killed the man in self-defense, however, the court convicted and executed her after seven years of torture and imprisonment, on October 25, 2014. The Intelligence Ministry and prison officials wanted Reyhaneh to make false confessions to justify the crime of their official in exchange for her life.

On the World Day Against the Death Penalty, we draw attention to the plight of women in Iran who are victims of execution and urge the international community to pressure the Iranian regime to stop the death penalty, especially against women.