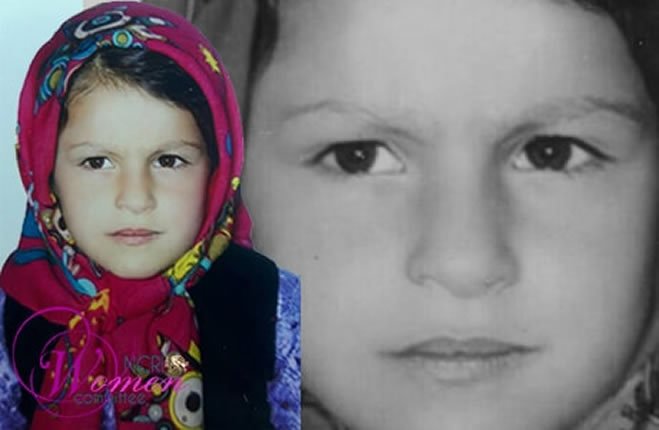 Examinations by the Coroner’s Office revealed that a seven-year-old girl child, Donya Veisi, who had apparently died when the school wall crumbled on her, had been actually raped and murdered, and the wall collapse was a set up to cover up the heinous crime. This is according to a reporter who has personally talked to a physician at the Coroner’s Office.

Rashid Ghorbani, general director of the Department of Education in Kurdistan Province, announced that Donya Veisi, a first grade student of the elementary school of Garmash village, had been severely injured on Monday, October 8, 2018, when an old wall in the school yard collapsed.

Donya Veisi was immediately taken to the Be’ssat Hospital of Sanandaj, by her father, teacher and the school principal, but lost her life to serious injuries.

Ghorbani said the school had 13 students of different levels who studied in the same class. He had reported several times on the worn-out infrastructure of the school without Education Ministry officials heeding his warnings. Consequently, the collapse of the school wall took the life of a girl student, Ghorbani said. (The state-run Tasnim news agency – October 8, 2018)

On Wednesday, October 10, 2018, however, news leaked out of the Coroner’s Office of Sanandaj that their examinations revealed that Donya Veisi, the seven-year-old girl student who was experiencing her first days in school, had been raped and then killed by a direct strike on her head.

The people of Iranian Kurdistan have declared that they will hold a protest demonstration on Saturday, October 13, 2018, against the violence committed against the innocent girl, Donya Veisi.

This is not the first time that such crimes victimize innocent and defenseless girl children. Unfortunately, despite public opinion pressure and repeated appeals by human rights and women’s rights activists to pass a law on violence against women and criminalize its perpetrators, no such bill has been adopted by the mullahs’ parliament.

The bill on elimination of violence against women was first renamed as “Provision of Security for Women” bill, many of its articles were subsequently deleted, and it remains stuck in the labyrinths of law and decision making after some 10 years.