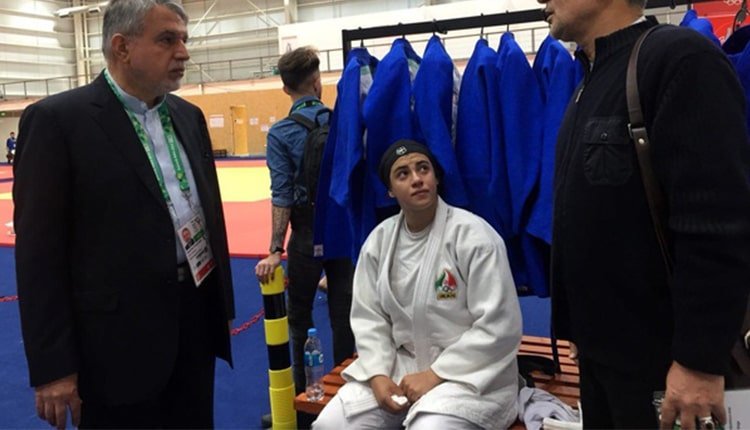 A female judo practitioner was banned from participating in judo competitions at the 2018 Summer Youth Olympic Games in Argentina, due to the mullahs’ compulsory hijab rules.

Maral Mardani, Iranian judo practitioner of the 78 weight team, was eliminated from the main Olympic games in Argentina because she could not wear the original judo uniform and go without covering her hair which is part of the compulsory hijab rule of the mullahs’ regime.

Government officials did not allow the female judo practitioner to attend tournament with the official Judo uniform, which all the athletes in the world use, and the judo practitioner Maral Mardani was required to be present with a full covering at the judo matches. (The state-run ILNA news agency – October 9, 2018)

Earlier, rock climber Elnaz Rekabi, who won the gold medal of women’s Asian Bold Ring Cup, said in a brief interview about the restrictions imposed on her due to the compulsory hijab. “It is very hard with the veil especially when the weather is hot. I tried to find some proper outfit for this sport to observe the dress code, as well, but I had to do it on my own.” (Interview with Euronews – Aparat.com– April 25, 2016)

In an insulting comment about Iranian women athletes participating in national and international competitions, Alam Al-Hoda said in 2015, “When a woman with an inappropriate appearance goes to the platform to receive her medal, then an Indian referee will put the medal around her neck and they will hold up the flag of Iran, it is a shame for the Islamic world.”

Female athletes have no government or private support. Those women who wish to participate in international tournaments, have to pay for their own travel, practice, equipment, etc. But Iranian women are so motivated that they continue to be active in sports and win medals. They show their talent and competence in various sport fields at every opportunity.