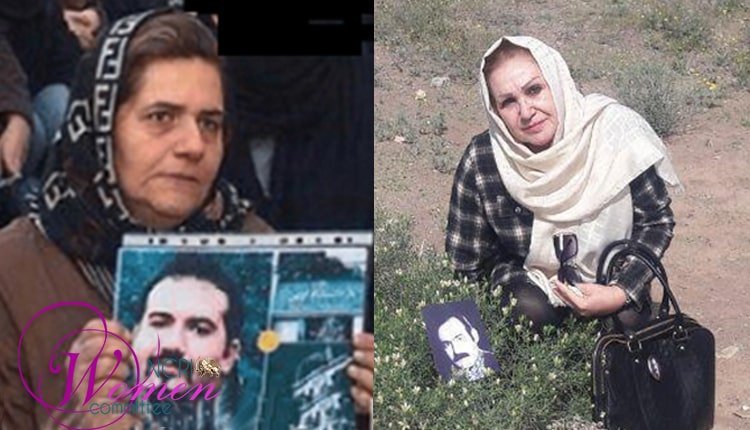 On the occasion of the World Day Against the Death Penalty, a number of families of political prisoners and execution victims issued messages and statements calling for abolition of the death penalty in Iran.

Ms. Farangis Mazloumi, mother of political prisoner Soheil Arabi, called for the abolishment of the death penalty in a video message. Ms. Mazloumi, expressed her hope that one day cranes would serve for construction of a free Iran, and the word “execution” would no longer be heard in Iran.

Raheleh Rahemipour, whose brother, Hossein Rahemipour was executed in 1984, wrote in a brief note, “It has been about forty years that every night and every day we are hearing the news of executions and imprisonment of our loved ones. When will this death machine stops? As a sister who has lost her most loved one on the gallows, I call for the abolishment of the death penalty.”

The family of political prisoners in Iranshahr issued statements and declarations calling for end to executions in Iran.

A group of political and civil rights activists in Tehran wrote in a statement, “We, the political and civil rights activists of Iran, call for the immediate abolition of the death penalty. This may be the voice of part of the Iranian society but it undoubtedly reflects the desires of the majority of the suffering and oppressed people of Iran. We believe that execution under any pretext is a blatant and deliberate state murder which has been conducted by this government for nearly forty years.”

A group of Baluch tribes also signed a joint statement calling for an end to and abolition of the death sentence in Iran.

The Gonabadi dervishes, who were brutally repressed in their 2017 protests, wrote in a statement, “We, the peace-loving Gonabadi Dervishes community, deeply condemn the death penalty and demand its abolition.”

A number of human rights activists in the province of Khuzestan wrote, “In our country, the number of executions are alarming and countless people have executed in the past 39 years.”