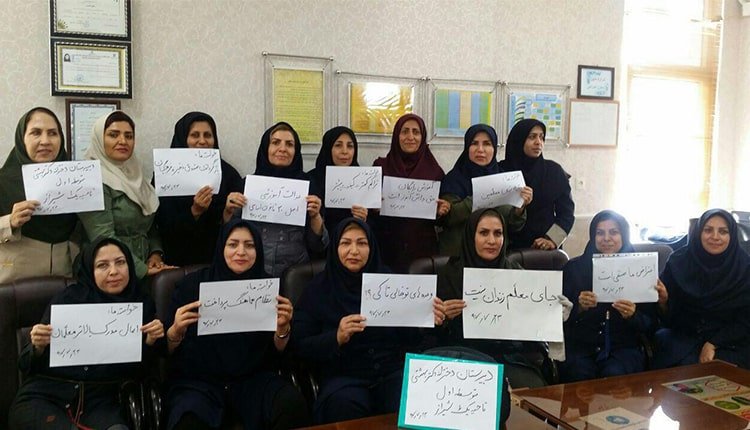 The nationwide sit-ins and strikes of teachers spread to 26 out of 31 Iranian provinces and at least 61 cities on Monday, October 15, 2018. Women teachers have played an active role in all these strikes and protests.

The Iranian teachers’ nationwide sit-ins and strikes are in protest to inflation, high prices, dwindling purchasing power of teachers, privatization of education and receiving tuition from students, as well as fraud and embezzlement in the Teachers’ Reserve Fund.

Among other things, teachers are demanding pay raise proportionate to the poverty line, insurance, elimination of discrimination in the educational system, standardization of school, and securing their safety.

One of the most serious demands of the teachers is the release of imprisoned teacher activists, and recognition of independent teachers’ unions.

The information collected up until noon on Monday, October 15, 2018, the nationwide sit-ins and strikes of teachers have spread to the following cities and provinces. In some cities, students declared solidarity with their teachers in schools, high schools and universities:

Feminization of poverty on the rise, not eradicated in Iran