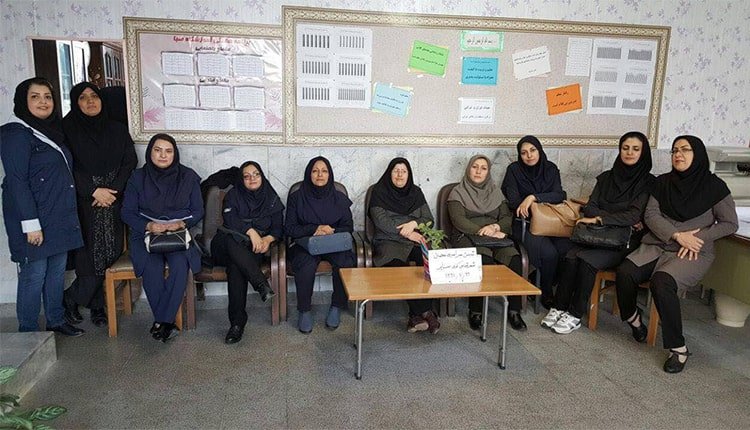 Iranian teachers started nationwide strikes and sit-ins on Sunday, October 14, 2018, in Tehran and cities across the country. The teachers’ protest, held upon a previous call for a nationwide strike, is spreading to more cities.

Iranian truck drivers and owners as well as bazaar merchants have been on strike for weeks.

The teachers’ nationwide strikes and sit-ins are going to continue on Monday, October 15. Teachers go to schools but do not teach in classes and their students are free to go out to the play ground.

Iranian teachers’ nationwide strikes and sit-ins are against their harsh living conditions where they have to live below the poverty line. They have refused to attend classes and sit in the offices of elementary and high schools. Women teachers have had an active and extensive participation in these protests.

Iranian teachers held a nationwide protest in May outside the departments of education in at least 32 cities. In Tehran, they held their protests outside the mullahs’ parliament (or Majlis) and outside the Budget and Planning Organization.

Consequently, a Majlis member spoke out against the repression of teachers’ protests and the arrests of a number of them. She told an open session of Majlis on Sunday, May 13, “The peaceful gathering of teachers in protest to their horrible living condition turned violent because of aberrant intervention in disregard for Article 27 of the Constitution, and a group of protesters were arrested.” (Fatemeh Saeedi, the state-run SalamatNews.com – May 13, 2018)