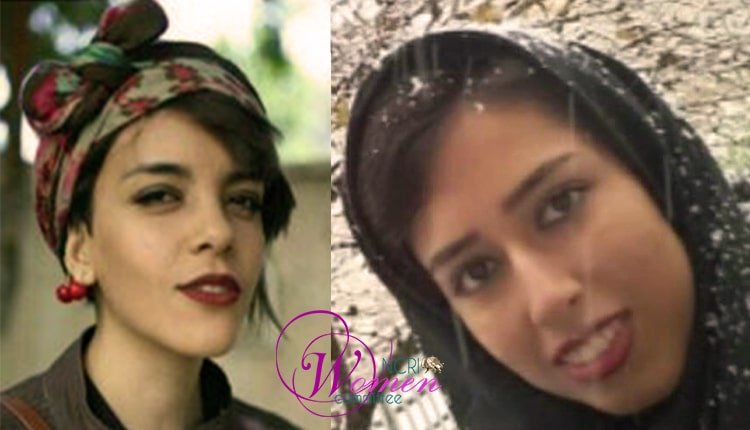 The Iranian Judiciary issued a one-year sentence each for two young women, Yasaman Ariyani and Saba Kord Afshari, for participating in the protests in August.

Yasaman Ariyani, 23, and Saba Kord Afshari, 19, were lingering in limbo in Qarchak Prison in Varamin since the time of their arrest. They have been transferred from Qarchak to Evin Prison after their sentence was issued.

Saba Kord Afshari’s mother posted a note and announced that her daughter had received a sentence.

Yasaman Ariyani was arrested in August along with several other girls and boys during a protest in Tehran. After being apprehended, they posted a clip on the internet from inside the State Security Force van, identifying themselves and asking for help.

Yasaman Ariyani’s mother said her daughter had gotten arrested 75 days ago outside the City Theatre in Tehran while she was trying to help a lady brutalized by the police.

The families of the arrested protesters held a protest outside the Revolutionary Court on Tuesday, October 16, 2018, demanding release of their children.

Human Rights Watch issued a news release on August 31, 2018, calling for the freedom of jailed protesters including 15 women in Iran prisons.

To create an atmosphere of fear and terror in society and to prevent the outburst of protests, the clerical regime has been arresting human rights activists and issuing heavy prison sentences for those arrested during the protests and uprisings in January and August.

They have issued sentences from 2 to 7 years for student activists Parisa Rafii, Roya Saghiri, Soha Mortezaii, and Maryam (Massoumeh) Mohammadi.