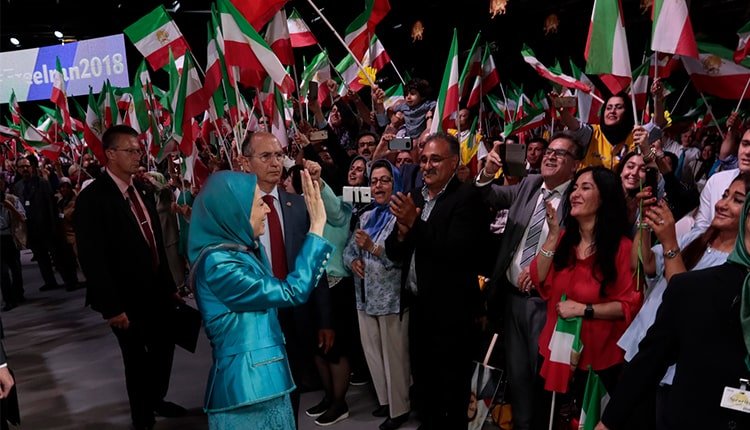 Thirty years ago, the Iranian Resistance experienced a major overhaul in thinking and practice by investing all its assets on the leadership of women. On October 18, 1989, Massoud Rajavi, the sitting Secretary General of the PMOI, passed on his mandate to Maryam Rajavi who had already shared the post as joint-leader since 1985.

In this capacity, Maryam Rajavi overhauled the whole structure of the organization, paying the price of offering equal opportunities to women in all realms of struggle which were previously occupied only by men. In this way, women found the possibility to believe in their own power and gain experience. At the same time, men needed to totally change their attitudes and vision towards women, something that was gradually realized in the organization as women proved their qualifications and competence in every field. On the other hand, women’s participation in leadership could never be realized without the cooperation of emancipated men.

Women’s active presence in all the arenas of struggle enabled the PMOI to introduce new methods and practices which improved its adaptation to the sophisticated struggle against the mullahs’ regime.

Four years later, during its plenary session, the National Council of Resistance of Iran, a coalition whose members include a number of Iranian opposition organizations and prominent personalities, elected Maryam Rajavi as the President-elect for the period of transitioning power to the Iranian people. The election was made public on October 22, 1993. The NCRI acts as a parliament-in-exile and a legislative assembly. Over half of NCRI members are women. They occupy various political, diplomatic, social and cultural positions in the Resistance. With the guidelines of Mrs. Rajavi, women have gained remarkable victories for the Iranian Resistance in some of the most challenging legal and political battles.

In 1994, during a speech delivered at the Oslo city hall, Mrs. Rajavi warned about the octopus of religious tyranny and Islamic fundamentalism whose heart beats in Tehran. She said: “Fundamentalism has turned into the greatest threat to peace in the region and the world.” This is what the world has just recently come to understand its truth.

In December 2004, during a speech at the European Parliament, Maryam Rajavi introduced her Third Option, rejecting both war and appeasement in dealing with the clerical regime, and proposing “change brought about by the Iranian people and the Iranian Resistance.”

Over the years, Maryam Rajavi has been the pioneer of the struggle for democratic change in Iran. She has introduced a Ten-point Plan for a free and non-nuclear Iran where death penalty is abolished, and also a Ten-point Plan on women’s rights and freedoms calling for women’s participation in leadership of the future Iran. Mrs. Rajavi led a major campaign to remove the PMOI/MEK from terrorist lists in Europe and the U.S. These efforts led to the delisting of the MEK in the United Kingdom in 2008 and the European Union in 2009, as well as the dismissal of terrorism charges in the June 17, 2003 dossier by a senior French Investigative magistrate in May 2011 and the revocation of the MEK’s terrorist designation in the United States in September 2012.

And in the final days of 2017, a nationwide anti-regime movement emerged and has continued ever since. Most recently, Iran’s truckers and truck owners held a strike in over 300 cities across the nation, followed by another cross-country strike by bazaar merchants and a teachers’ sit-in strike in 26 out of the country’s 31 provinces.

The clerical regime officials and leaders have acknowledged that the organized protest movement is organized by the PMOI/MEK.

Maryam Rajavi bears the credit for initiating and leading this revolution in the visions, hearts and minds of the movement’s men and women who are equally effective in struggle against the Tehran mullahs and their inhuman gender discrimination which has subjugated the society.