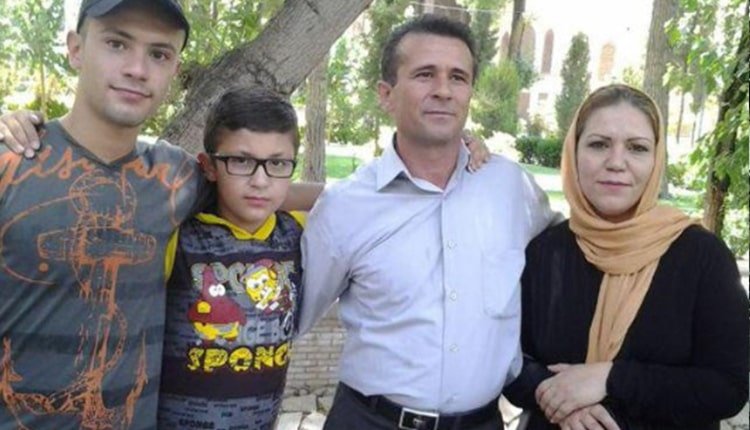 Akram Rahimpour, the wife of labor activist Jafar Azimzadeh, has been threatened by agents of the Ministry of Intelligence and Security (MOIS) to report her husband.

The intelligence agents instructed Akram Rahimpour and her family to inform the Intelligence Department if Mr. Azimzadeh returned home, otherwise they would be in trouble.

This is the third time in seven months that MOIS agents have referred to Ms. Akram Rahimpour.

Akram Rahimpour has been intimidated and threatened to turn in her husband while none of the official institutes, including the Tehran Prosecutor’s Office, have summoned the labor activist since March, either orally on the phone or by a written warrant.

Jafar Azimzadeh, Secretary of the Board of Directors of the Free Alliance of Workers of Iran, had been sentenced to 17 years in prison. The Appeals Court of Arak acquitted him of 11 years, leaving six years for him to serve in prison.

Jafar Azimzadeh went to jail in November 2015. After nearly eight months, he and Ismael Abdi, an imprisoned activist teacher, went on hunger strike to protest the regime’s approach to legitimate trade activities as national security threat.

Widespread domestic and international support and 63 days of hunger strike led to the temporary release of the activists.

The Free Alliance of Workers of Iran condemned intimidation of Ms. Akram Rahimpour by the Intelligence Ministry agents and demanded the immediate and unconditional release of all prisoners of conscience, political prisoners, and imprisoned trade union activists.

This is not the first time the Iranian regime threatens and intimidates families and wives of labor and teachers’ activists.