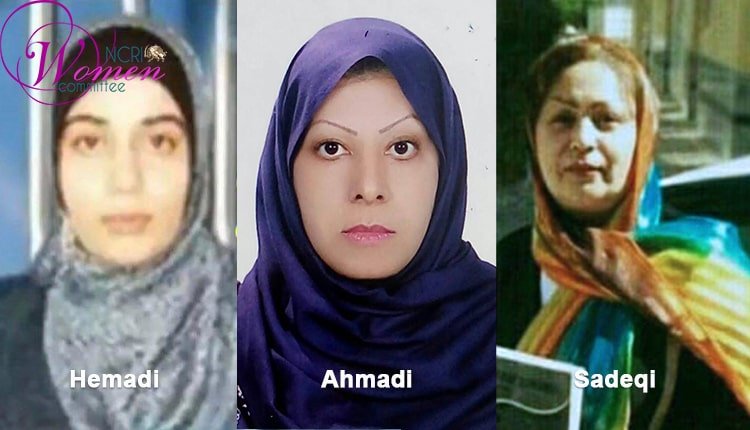 Two civil activist women, Hakimeh Ahmadi and Nasim Sadeqi, were tortured by the Ministry of Intelligence agents after and during their arrests.

Ms. Hakimeh Ahmadi, a civil activist detained by the Ministry of Intelligence agents on October 18, 2018, was subjected to physical and psychological torture. The agents broke her fingers and two of her rib bones. According to her husband, Gholamreza Ghorbani, Hakimeh is hospitalized at the Tabriz Army Hospital, and the Intelligence Ministry agents have demanded that he pay the hospital and treatment fees.

During the arrest of this civil activist woman, the intelligence agents beat her and even threatened her and her husband with their weapons.

Ms. Hakimeh Ahmadi, the mother of two young children, had previously been detained in September and was released after three days on a 100-million-touman bail.

Another civil activist woman, Nasim Sadeghi, who is currently in detention, explained about the tortures she had been subjected to during a telephone call to her children, saying that the security guards had beaten her repeatedly during her detention and threatened her.

Further information on the arrest of Ms. Lamya Hemadi indicates that the 20-year-old woman detained in an unknown location, is seven months pregnant. Ms. Hemadi had been previously summoned by the intelligence department for her cyberspace activities and arrested by security forces in October 2018.

The Iranian regime has been cracking down on the populace in and around Ahvaz, making dozens of arbitrary arrests since September 22, 2018, when the parade of its military forces were attacked by armed men. Around 600 people from Khuzestan province have been detained by security forces and under interrogation. Arab human rights activists have announced that many of the detainees are civil activists.

30,000 unemployed nurses in Iran despite acute shortage of nurses