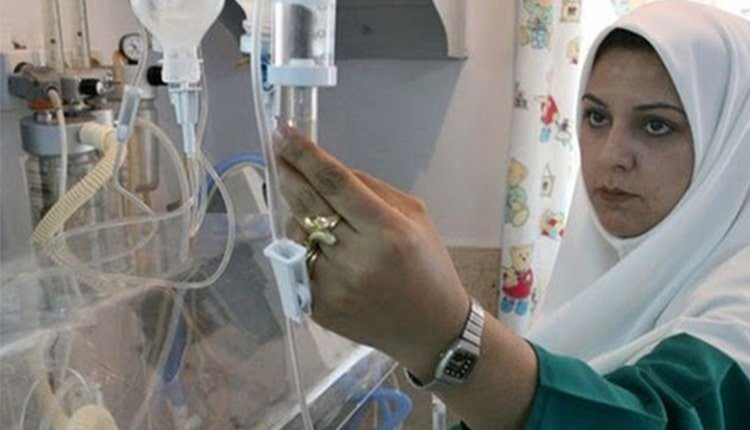 30,000 unemployed nurses in Iran despite acute shortage of nurses

Due to limited funds and lack of employment license, there are 30,000 unemployed nurses in Iran.

In an interview on October 29, 2018, Mohammad Sharifi Moghaddam, secretary general of the House of Nursing of Iran, acknowledged the above, adding, “The number of nurses having a job in Iran is lower than the world’s average and even lower than those of developing countries. This could have an impact on the society’s health.”

The Secretary General of the House of Nursing added, “Presently, we have some 30,000 unemployed nurses in the country, because the government has not issued licenses for their recruitment due to financial problems and lack of funds. For this reason, people do not receive quality and safe services in government and even private (medical) centers and suffer losses.”

Despite at least 30,000 unemployed nurses, “there are only 1.6 nurses attending to every 1,000 patients in Iran,” Sharifi Moghaddam said, adding, “To receive appropriate nursing services every nurse can attend to a maximum of four patients. But the world’s average is six nurses for every 1,000 patients. If we want to have the minimum number of nurses for Iran’s population of 80,000,000, we must have at least 240,000 nurses working across the country while we have only 160,000 nurses busy providing health services and care.” (The state-run Young Journalists Club website – October 29, 2018)

In countries like the United States, France, and Belgium, there are over 10 nurses for every 1,000 patients. In most European countries this ratio is between 6 and 10.

Earlier, Asghar Dalvandi, president of the National Nursing Organization, had told a ceremony at the Azad University of Ardebil that nurses face undesirable conditions at work and numerous problems. He reiterated, “The shortage of some 125,000 nurses in the country’s health care circles is palpable. We need to recruit at least 30,000 nurses every year.” (The state-run Tasnim news agency – October 12, 2018)