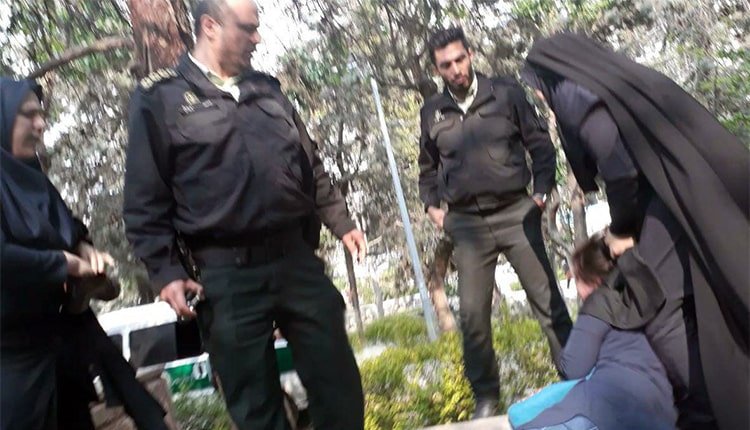 Two young women filed complaints that the State Security forces abused them and a female patrol guard beat them. However, the complaint was rejected by the Prosecutor of the Armed Forces’ Judiciary Organization.

“The 9th Branch of the Prosecutor’s Office of the Armed Forces’ Judiciary Organization, has issued a prohibition of prosecution to the case, arguing that there is not sufficient evidence,” said Mohammad Hossein Aghasi, a defense attorney for the two young women, in an interview with the official IRNA news agency.

The two young women’s lawyer asserted, “We filed complaints against the beating and insults by a female guard patrol. We demanded that the security guard of the Taleghani Park who was a witness appear before the court and provide his explanations, but the investigator did not summon the security guard and sufficed to hear only the three girls who accompanied my clients at the time. The court argued that the testimonies were not consistent.” (The official IRNA news agency – November 3, 2018)

A video clip disseminated in the social media on April 18, 2018, showed at least four Guidance Patrols attacking four young women in a park, beating and shoving them around for improper veiling and refusing to get on the Patrol’s van. One of the young women suffered from a heart condition and went unconscious as a result of the beatings. The video clip rapidly went viral and raised public outrage in Iran and around the world.

Sadeq Amoli Larijani, head of the Judiciary, stressed on April 24, 2018, the need for the State Security Force to act within the framework of law and religion. He reiterated, “One must not allow anyone to resist against the SSF’s legal measures or insult its agents. The SSF must not back down whatsoever.” (The state-run ISNA news agency – April 23, 2018)

The state-run Kayhan daily which reflects the views of the regime’s supreme leader, Ali Khamenei, also wrote that the SSF officers must be praised. Mohammad Jafar Montazeri, said in defense of the police, that the video was not clear and it was a set up seeking to distort the image of the law enforcement officers.

Following of the regime’s outrageous handling of this case despite overwhelming domestic and international repugnance, the regime’s court prosecutor did not consider the witnesses to be sufficient and rejected the appeal by victims of the SSF violence.