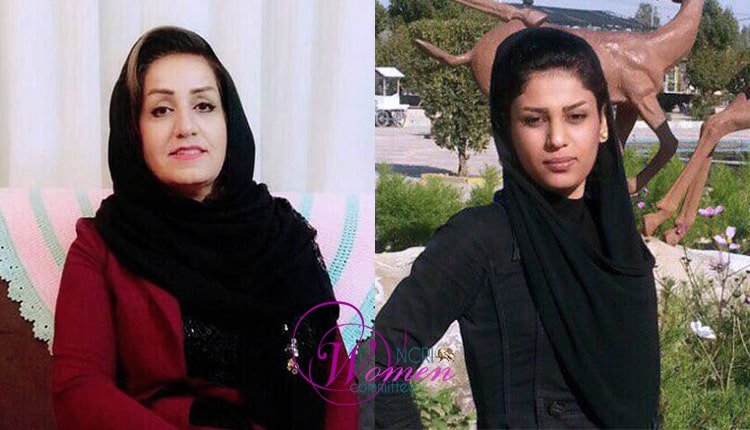 Two Iranian women by the names of Azam Dideban and Ameneh Zaheri Sari have been arrested and detained by the intelligence and security forces in Mashhad and Ahvaz on November 5 and 6, 2018, respectively.

Ms. Azam Dideban was arrested on November 5, 2018, in the protest gathering outside the Ibn-e Sina Hospital of Mashhad, demanding release of teacher activist Hashem Khastar who has been arrested by the State Security Force.

The State Security Force had announced that all those arrested in this gathering were released on the same night, but Ms. Azam Dideban was not released. She was taken to the detention center of the Intelligence Department.

On Wednesday morning, November 7, 2018, one of the relatives of Ms. Dideban referred to the Intelligence Department of Mashhad inquiring about her, but agents said Ms. Dideban remains in detention on the orders of a judge and is not allowed to have any visits.

Ameneh Zaheri Sari is a graduate of accounting and resides in the Alavi neighborhood of Ahvaz. Ms. Zaheri Sari is the third person in her family to get arrested and detained in recent days. Intelligence agents arrested her father, Hattab, and brother, Amin Zaher Sari, on Monday, November 5, 2018, and took them to an unknown location.

The Iranian regime has arrested and detained a number of women including civil activists, human rights activists and religious minorities in the month of October.

Hakimeh Ahmadi, a civil rights activist and mother of two, has been arrested and detained by security forces in Marand, in East Azerbaijan Province, since October 18, 2018. She has been physically and verbally tortured, suffering broken fingers and ribs.

Lamya Hemadi, 20 and seven months pregnant, has been arrested and detained since October 6, 2018, at home in Susangerd, Khuzestan Province.