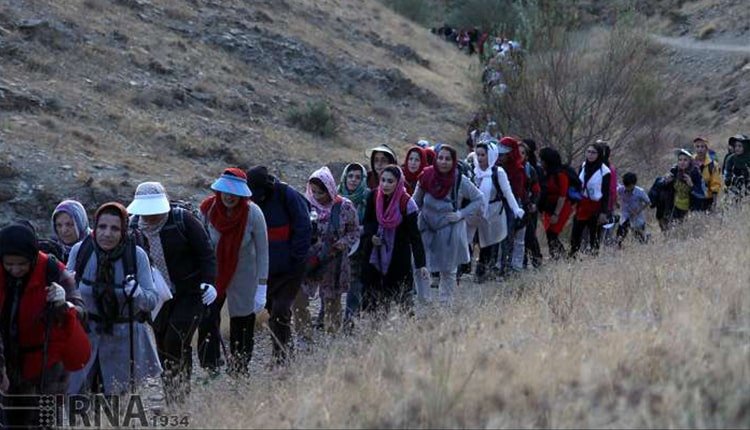 Married women must have their husbands’ permission, and single women as well as young women under 20 years must have their fathers’ permission before they can participate in any hiking or nature tours. This instruction was issued by the Hiking Board of Razavi Khorasan Province to all clubs in the province.

The official IRNA news agency reported on Tuesday, November 13, 2018, that the directive had been issued on November 4, 2018, to hiking clubs.

The directive reads in part, “The so-called sports activities which are increasingly spreading under the pretext of nature tours, hiking, etc. in mixed-gender groups and are planned as illegitimate sources of income promote moral promiscuity, unveiling of women, spread of shamelessness and liberalism, and lead to immoral and illicit relations among women and men, targeting the genuine culture and roots of Iran, Islam and the foundations of the family.”

The second paragraph of this directive reads, “To observe article 1105 of the Civil Code as well as the religious decrees of religious scholars, and to protect the foundation and bases of families, it is going to be required that married women have their husband’s permission and single women and young women under 20 must have their father’s permission to participate (in such activities).” (The official IRNA news agency – November 13, 2018)

The news met with widespread negative reactions in Iranian society.

Misogyny is institutionalized in the clerical regime’s laws. The mullahs’ Civil Code depicts women as men’s captives or sex slaves. Specifically, a nine-year-old girl can be forced into marriage on her father’s order, and she must live anywhere her “husband” wants and cannot leave home, go to work or travel without his permission. Article 1105 of the Civil Code stipulates, “The family is headed by the husband and the woman may not leave home without the husband’s permission.”

Teachers go on strike; other sectors continue their protests in Iran