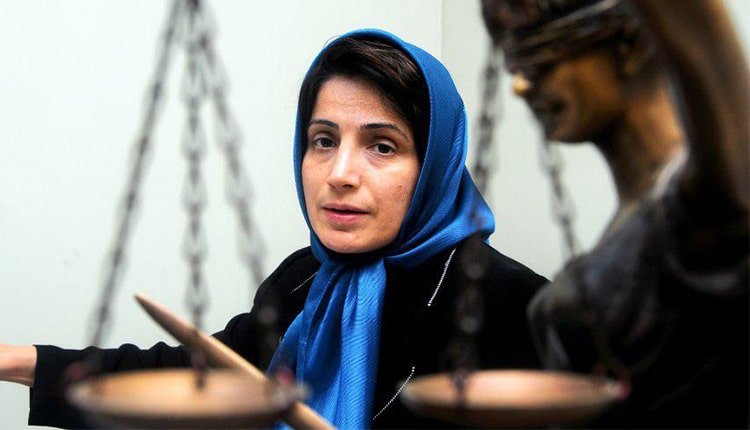 Nasrin Sotoudeh, a lawyer and political prisoner at Evin Prison, filed a complaint against the head and the judicial deputy of Evin Prison on Sunday, November 11, 2018, for issuing a ban on her visiting rights.

Payam Derafshan, Nasrin Sotoudeh’s attorney, said on Sunday, “The lawsuit filed by Nasrin Sotoudeh against the head and the judicial deputy of Evin Prison was accepted by the Court of Government Employees and referred to the Inspector’s First Branch for investigation.”

After filing the complaint, Mr. Derafshan and Ms. Sotoudeh’s other lawyer appeared before the Inspector’s, explaining the illegal measures of the head and the judicial deputy of Evin Prison. (The official IRNA news agency – November 11, 2018)

Nasrin Sotoudeh, a prominent lawyer and political prisoner, was arrested in June this year after security forces attacked and raided her home. She was taken to Evin Prison. Ms. Sotoudeh was arrested for defending protesters against the compulsory veil.

In October, Nasrin Sotoudeh filed a complaint with the State Security Force Court for Judges against Mohammad Moghisseh, the judge presiding her case.

Payam Derafshan explained that Nasrin Sotoudeh has accused Mohammad Moghisseh of issuing verdicts outside the jurisdiction of the indictment, breaching impartiality in the due process, and ordering illegal arrests, in addition to a number of other breaches. (The official IRNA news agency – September 30, 2018)

According to the testimony of former political prisoners, Mohammad Moghisseh, alias Nasserian, was an interrogator in the 1980s. He presently presides over Branch 28 of the Revolutionary Court.

Moghisseh has accused Nasrin Sotoudeh of disseminating propaganda against the state, insulting the mullahs’ supreme leader, and espionage.

A skillful lawyer in command of legal affairs and the due process, Nasrin Sotoudeh deems her arrest as unjust. In August, she sent out an open letter, explaining the reasons for her refusal to appear before the court and present her defense. She also did not accept to be released on bail. In protest to her unfair arrest and prosecution, she went on hunger strike from August 25 until October 3, 2018.