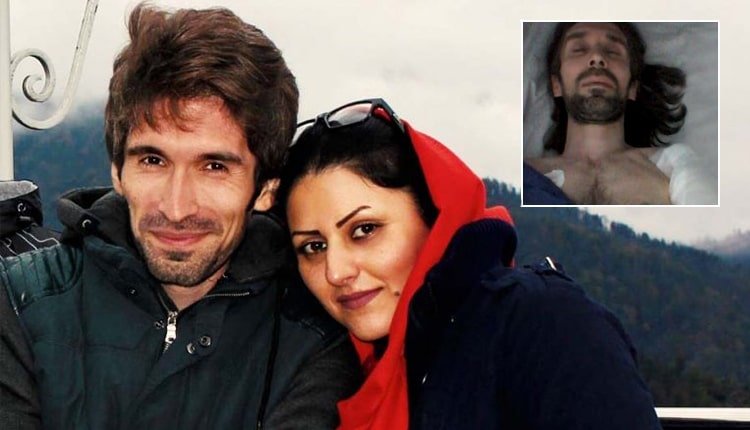 Golrokh Iraee reaches out in open letter to save her husband

Political prisoner Golrokh Iraee reached out in an open letter to protest continued denial of medical treatment to her husband Arash Sadeghi, a political prisoner detained in Gohardasht Prison who suffers from cancer, and called for help to save his life.

Political prisoner Golrokh Iraee, incarcerated in the women’s ward of Evin Prison, in an open letter released on November 12, 2018, wrote, “From December 2017 until now, without any clear explanations, me and my husband, Arash Sadeghi, have been deprived of visits and telephone call rights. And during this whole period of time, except for a 2-hour visit that happened more than five months ago, we have had no contact with each other and we are completely unaware of each other’s conditions.”

Referring to her husband’s deteriorating condition, she added, “In recent months, I have been hearing a lot of news of Arash’s deteriorating situation due to cancer. Ultimately, all that was done was him being dispatched to the hospital for surgery. But he was quickly returned to prison only a couple of days after the surgery upon insistence of the (IRGC) Sarallah Corps and despite the medical staffs’ opposition.

“The dispensary of Gohardasht has asserted that the progress of the disease and the lack of facilities in the prison are at such degree that health officials would not take responsibility for the consequences of Arash’s presence in prison after surgery. With the onset of post-surgical infection, Arash is still kept in prison and officials have opposed dispatching him to the hospital.”

Golrokh Iraee expressed concern over the failure to start post-surgical chemotherapy for her husband, Arash Sadeghi and the inability of the medical staff at Gohardasht Prison to provide him the necessary treatment.

Stressing that every prisoner is entitled to have access to treatment, Golrokh Iraee concluded, “Certainly, in the face of the increasing indifference toward my husband’s health, Arash’s ability and strength to confront what is ahead of him rises, getting through this just like other pressures, damages and injustices.”