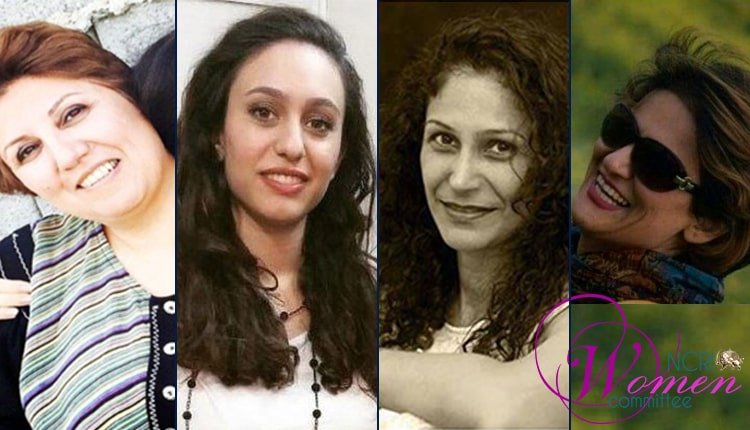 Five Baha’i women were recently arrested or imprisoned for their faith in the cities of Mashhad, Isfahan and Tabriz.

Baha’i women, Monica Alizadeh (Aghdassi) in Tabriz, and Nasrin Khajeh and Mojgan Khoshhal in Isfahan were arrested by intelligence forces.

Mrs. May Kholousi and her daughter, Saghi Fadaii, were also taken to jail to serve their prison sentences.

Monica Alizadeh was arrested in Tabriz on Sunday, November 18, 2018, and taken to an unknown location.

In a wave of persecution of Baha’is in Iran, the regime’s troops raided the house of Ms. Mojgan Khoshhal in Isfahan on Thursday, November 15, 2018, arresting 18 Baha’i citizens including two Baha’i women, Nasrin Khajeh and Mojgan Khoshhal.

Earlier, two Baha’i women residing in Mashhad, Mrs. May Kholousi and her daughter, Saghi Fadaii, had been taken to the Prison of Mashhad on October 31, 2018, to serve their sentences.

The two Baha’i women had been ordered in March to spend one year in prison by the 3rd Branch of the Revolutionary Court of Mashhad for disseminating propaganda against the state. The Revision Court upheld this verdict on August 26, 2018, and the two Baha’i women were finally transferred to the Prison of Mashhad.

Three Baha’i women – Bahareh Zaini (Sobhanian), Sepideh Rouhani, and Foujan Rashidi – were also among some 40 Baha’i citizens who were arrested and jailed in Shiraz in October.

Baha’i women are subject to intimidation, harassment, and dismissal from work and school. Azita Rafizadeh, a Baha’i woman, is serving her years in Evin Prison just for teaching in a college whose Baha’i students have been deprived of education in other universities. Her husband, Payman Kushkbaghi, is also imprisoned on the same charge in Gohardasht Prison. The couple have a 7-year-old son.

Baha’i women and citizens are systematically deprived of their human rights while according to article 18 of the Universal Declaration of Human Rights and article 18 of the International Covenant on Civil and Political Rights, “everyone shall have the right to freedom of thought, conscience and religion. This right shall include freedom to have or to adopt a religion or belief of his choice, and freedom, either individually or in community with others and in public or private, to manifest his religion or belief in worship, observance, practice and teaching.”