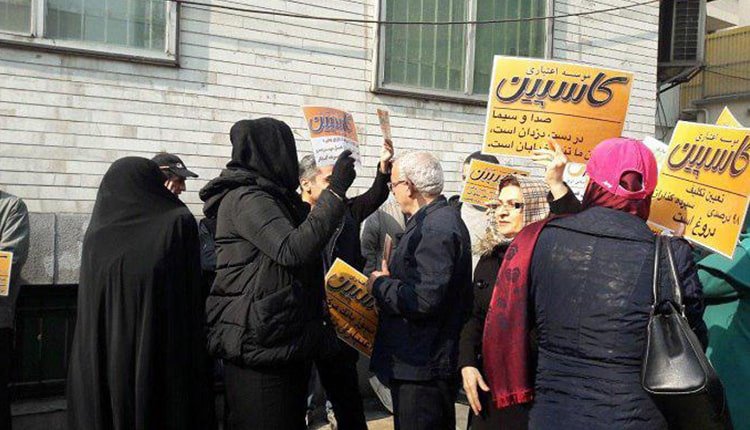 Women actively and widely participated in the protests by various social sectors in recent days.

On Tuesday, November 20, 2018, the defrauded clients of the IRGC-backed Caspian Credit Institute gathered in front of its Soroush Branch in Mashhad and Sarparasti Branch in Rasht. Women actively participated in these protests, particularly in Rasht where most participants were women.

Women actively and widely participated in the protests by various social sectors in recent days.

On Monday, November 19, 2018, a large group of men and women plundered by the Caspian Credit Institutes gathered outside the Judiciary building in Tehran.

Some 200 workers of the Hospital of Karaj held yet another protest on the main street across from the hospital on Monday, November 19, 2018, demanding their overdue salaries of a whole year and determination of the status of the hospital. Women actively took part in this protest.

In another act of protest on Monday, young women and men in the city of Khoy, in West Azerbaijan Province, protested the presence of Hassan Rouhani in their city and hurled stones at his car.