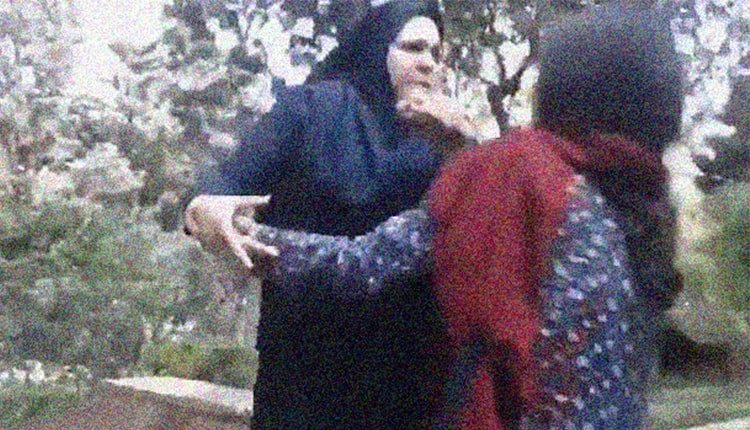 The most common form of violence against women in Iran is the state-sponsored measures to impose the compulsory veil.

Dozens of video clips were posted on the social media over the past year, revealing the savagery of the so-called guidance patrols in dealing with Iranian women on the streets and parks.

A report published in summer by the research center of the mullahs’ parliament (Majlis) indicated that some 70% of Iranian women do not believe in the compulsory dress-code, namely the head-to-toe black veil or Chador, imposed by the regime. They are among the “improperly veiled” and protest the compulsory veil.

The report confirms that Iranian women observe the veil only through coercion and harsh restrictions.[1]

As the center puts it, more than 85% of the “improperly veiled” do not believe in the value of Chador and do not approve of government intervention to control this issue. The research indicated that young educated women residing in large cities and metropolises, have the strongest resistance against the compulsory veil.[2]

This is why the regime has a hard time imposing the veil on Iranian women. They spend exorbitant sums of money to pay for 26 government and state agencies as well as 301 associations are in charge of enforcing the veil and monitoring Iranian women’s observance of the compulsory veiling.[3]

This year saw some of the most horrific scenes of the regime’s suppressive forces confronting women on the streets.

Maryam Shariatmadari, 32, a student of Computer Sciences at Tehran’s Amir Kabir University, was pushed off a telecoms box by a State Security Force officer and hurt in the knee on February 23, 2018, when she was protesting the compulsory veiling by removing her shawl.

On April 18, 2018, at least four Guidance Patrols attacked four young women in a park, beating and shoving them around for improper veiling. One of the young women suffered from a heart condition and went unconscious as a result of the beatings. The video clip on this incident rapidly went viral and raised public outrage in Iran and around the world.

The outcry, however, fell on deaf ears and the regime went on to praise the female patrol guard involved in the case. Hossein Rahimi, Tehran’s Chief of Police, declared, “We powerfully defend our agents.”[4]

In a meeting with the parliamentary committee on National Security and Foreign Policy on April 30, 2018, Commander of the State Security Force, Hossein Ashtari, announced that the officer involved had been granted a plaque and honored at the SSF command headquarters only two days after the incident.

Finally in November, the Prosecutor of the Armed Forces’ Judiciary Organization turned down the complaint filed by two of the victims, saying their evidence was not sufficient.[5]

There have been a number of other video clips last year substantiating the violent treatment of women on the streets by the guidance patrols, bringing to life the horror Iranian women have to experience round the clock.

The SSF Commander, Hossein Ashtari, announced in September 2016 that, “Some 2000 women who wear improper clothing are arrested every day in Tehran and some other provinces.”[6] This amounts to 730,000 arrests in a year, a minimized figure both due to lack of transparency on the part of the regime, and the increase in suppression of women in 2017 and 2018 compared to 2016.

An MP confessed that there are long-lasting psychological consequences for women who are dealt with by the Guidance Patrol. In a gathering on the International Day for the Elimination of Violence against Women, Parvaneh Salahshouri admitted, “The anxiety and fear caused by the Guidance Patrol affects some young women and girls for long years, leaving undesirable psychological consequences. As an MP, I have seen cases when the girl’s cover was not that bad but such unprincipled approaches have caused psychological problems for the person which has led to other ailments.”[7]

[1] Effective elements in the implementation of the policies on (women’s) Hijab (veiling) and the available solutions, a report by the Office of Cultural Studies of the Research Center of Majlis, the state-run ISNA news agency- July 28, 2018

[3] A Network of 26 Agencies Charged with Clamping Down On Women in Iran, a special report by the Women’s Committee of the National Council of Resistance of Iran, September 2016