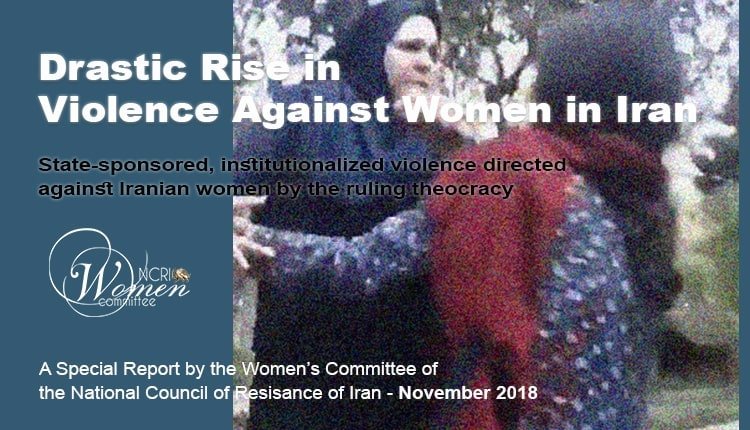 State-sponsored and institutionalized violence against women in Iran

As the world is observing the International Day for the Elimination of Violence Against Women, the NCRI Women’s Committee takes the opportunity to offer a glance on the most significant cases of violence against Iranian women under the mullahs’ regime since last November 25.

Official admissions on the scale of VAW

One of the most significant developments attesting to the drastic rise of violence against women last year in Iran was official acknowledgements in this regard.

In a meeting in September, it was revealed that, “Iran has one of the highest statistics on violence against women.”

“Today we see that violence (against women) has become institutionalized,” a member of the mullahs’ parliament confessed.

“Currently domestic violence against women is pervasive in society but few people pay attention to it,” she told another event.

“Domestic violence is not clearly seen in society because unfortunately a woman who is subjected to such violence, rarely speaks out about it. This is why many women suffer from it. Clearly, we see many forms of violence against women in society,” she added without providing any statistics.

Shedding light on the injustice institutionalized in the regime’s penal code against women, she admitted, “If a woman makes a little mistake, it would cause great problems for her, subjecting her to violence. However, when a man makes a huge mistake there is no violence against him.”

According to the official statistics provided by the regime, 66 per cent of Iranian women experience domestic violence in their lifetime. Although the figure is double the world average of one-in-every-three women (or 33%), it must be considered a blatant mitigation of the reality.