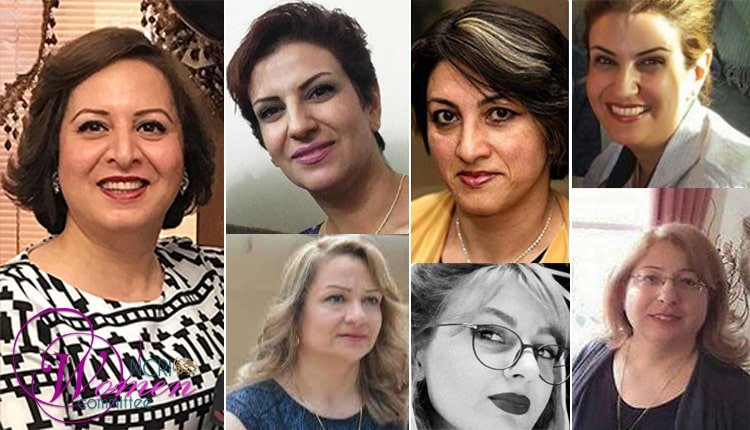 Shahrzad Nazifi, a motocross champion, was arrested on Sunday, November 18, 2018, by security forces in Tehran and taken to Evin Prison.

Following the arrest of the motocross champion, security guards went to Ms. Nazifi’s house and after about 5 hours of inspections, they seized some of her personal belongings, including books, cell phone, and laptop.

In another report on Tuesday, November 20, 2018, Sepideh Keshavarz, a Baha’i woman was arrested by security forces at her house in Tehran and transferred to an unknown location. During an inspection of her house, the security forces seized some of Ms. Keshavarz’s books and her cell phone.

On the same day in Tehran, security forces ransacked the residence of Baha’i woman, Mahvash Edalati (Za’eri), for three hours and confiscated her books and personal belongings. They handed Ms. Edalati an undated subpoena and instructed her to go for interrogation whenever she is told to.

Also on Tuesday, November 20, 2018, Ms. Shabnam Essakhani, was arrested in Tabriz for her religious beliefs. Security forces inspected her house and took her to the Department of Intelligence of Tabriz where she was arrested. There is no news on the fate of Ms. Esakhani and why she was arrested.

Ms. Dori Amri, another Baha’i woman from Mashhad, was sentenced to one year in prison on charges of “propaganda against the state.” She was transferred to Mashhad Prison on Wednesday, October 31, 2018, to serve her one-year jail sentence, along with two other Baha’i women in Mashhad named Mrs. May Kholousi and her daughter, Saghi Fadaii. Ms. Amri was sentenced to one year in prison by the Third Branch of the Revolutionary Court of Mashhad, headed by Judge Soltani, in March 2018. The appeals court, which was held on August 26, 2018, upheld sentence.