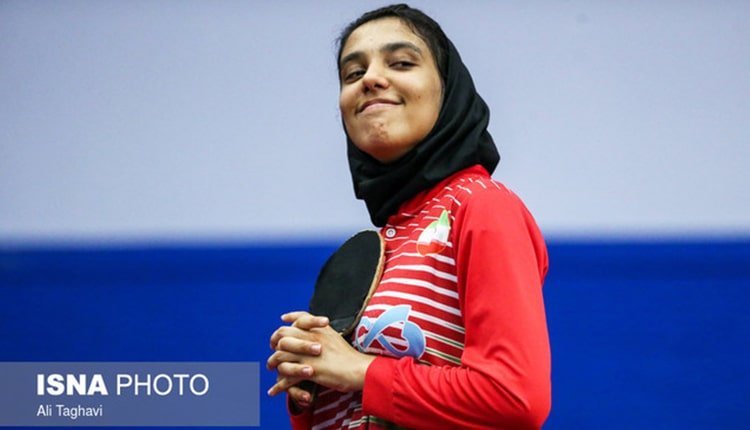 Female professional athletes in Iran are not supported by sponsors or the government, and are not paid according to their contracts.

Mahshid Ashtari, one of the top players on the Iranian Women’s National Ping Pong, has not been able to change her racket for six months and must go through the championship games in Finland with a secondhand racket.

She noted lack of support from sponsors as the main problem of female professional athletes and said, “It is difficult for women to attract sponsors, especially if the athlete takes action on her own.”

Mahshid Ashtiari added, “The representative of Butterfly is a sponsor who does not support very well in Iran. I called its representative in Iran and told them that my situation is different from the rest, I am the top player in Iran. Now I’m having trouble even for my racket which is the most important thing, let alone the rest of the issues. Each racket is close to one million toumans, and for us, who play professionally, it must be changed at least every two months.”

Fatemeh Amel, the goalkeeper of the women’s futsal team in Razavi Khorasan Province said, “We still do not have a sponsor. All of the players are native and have a lot of pressure on them. No player has ever received any money.”

The women’s futsal team in Razavi Khorasan does not have any specific time and place for training. The disorganized management leads to the failure of many players who have jobs or are studying to participate in the trainings. Therefore, the wage of the player who is employed is reduced and this is irreparable. If practices are held in the afternoons at a specific time and place so that all players can take part, the training can be held in an organized manner. But unfortunately, there is no system for planning and providing these facilities to female professional athletes in the country. (The state-run ISNA news agency – November 26, 2018)