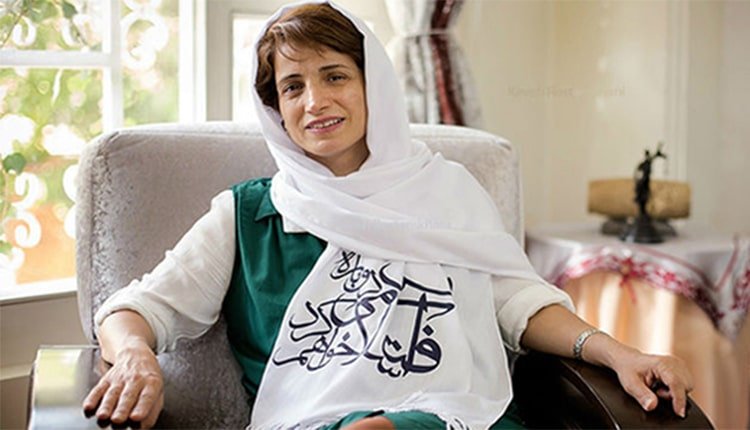 In a message from Evin prison, Ms. Sotoudeh announced her hunger strike and said, “I had broken my strike for the life of Farhad, hoping that Farhad would also break his hunger strike so that his health would not be harmed anymore. But by continuing his hunger strike, Farhad continues to stand up for his rightful demands, and I will go on a wet hunger strike in support of Farhad starting today, Monday, November 26.”

Human rights lawyer Nasrin Sotoudeh began a hunger strike in Evin Prison on August 25, 2018, to protest the authorities’ failure to respond to her demands. In total, this is the fifth time this human rights lawyer is going on hunger strike while in detention.
In August and at the start of her hunger strike in Evin Prison, Ms. Sotoudeh wrote, “Since my correspondences with the authorities have proven to be fruitless, I have been compelled to go on a hunger strike beginning on August 25, 2018, in protest to my own arrest and numerous judicial pressures on my family, relatives and friends.”

Farhad Meysemi is a civil activist imprisoned in Evin Prison, who has been on a wet hunger strike since August 1, 2018, in protest to his illegal detention. After the arrest of Nasrin Sotoudeh’s husband, Reza Khandan, and the pressures on their family, he turned his strike into a dry one on September 8, 2018, and in a message from prison demanded the unconditional release of Nasrin Sotoudeh and Reza Khandan.

On September 25, 2018, after deterioration of Farhad Meysami’s health, the authorities of Ward 4 of Evin Prison, transferred him against his will to a room near the prison’s health center, where he is being kept under watch and injected with IV fluids.