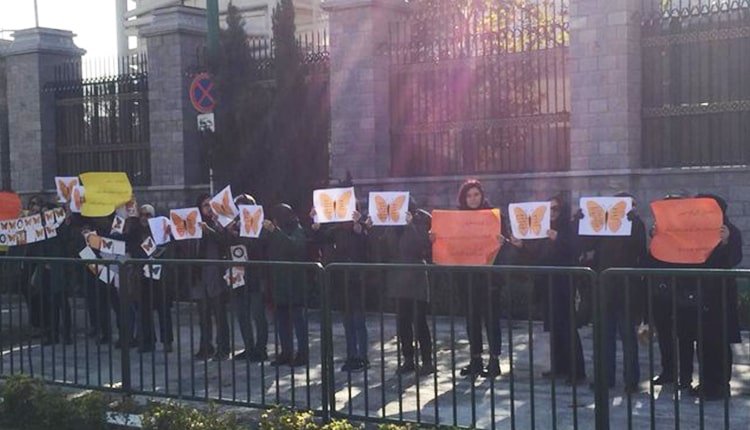 Ongoing active participation of women in various protests across Iran

The active participation of women in the protests of various sectors including defrauded creditors, students, civil activists and retirees in cities across Iran has continued in recent days.

On Tuesday, November 27, 2018, a number of women activists held a protest rally in front of the mullahs’ Parliament and called for ratification of a comprehensive legislation on the prevention and prohibition of violence against women in Iran.

Active participation of women was also evident the protest of a group of defrauded creditors of the Caspian Credit Institute held in Tehran in front of the Transparency and Justice Watch office.

Also on Tuesday, November 27, a group of retirees from across the country converged in Tehran in front of the Ministry of Labor and Social Affairs along with active participation of women.

On the same day, the demonstrations of the Ahvaz Steel National Group workers continued to be supported with the active participation of women and youth. An Ahvazi woman spoke in support of the workers.

The victims of the Polark Compost Manure Manufacturing Company in Dezful also held a protest rally against the looting of their property by the city’s Prosecutor on Tuesday, November 27, 2018. The assets of about 1,300 employees of the company, totaling 80 billion toumans, have been plundered. This protest also saw the active participation of women.

On the same day, male and female students from Allameh Tabataba’i University in Tehran took part in a protest rally on the university’s campus and demanded the elimination of gender discrimination.

On Monday, November 26, 2018, male and female students of the Kerman University of Medical Sciences protested against their boarding problems at the university.