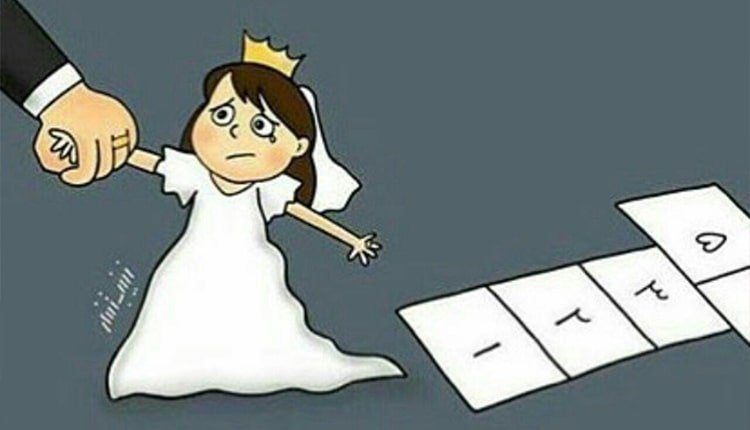 “Raising the legal age of marriage is contrary to the general policy of the system,” said Allahyar Malekshahi, Chairman of the parliamentary Judicial and Legal Committee, in an interview with the state-run Fars News Agency, on November 26, 2018.

In an attempt to minimize the issue of child marriages, Malekshahi pointed out, “A few parliamentarians, whom are mostly female representatives, are seeking to increase the legal age of marriage.” He added, “The marriage rates in an early age are not significant.”

Yahya Kamalipour, Vice Chairman of the Judicial and Legal Committee, also showed his disregard for raising the legal age of marriage and said, “The issue of child marriage is not an issue of importance in the country, and the number of people covered by this law is not big enough to require us to reform the law in the country.”

Norouzi, a spokesperson for the parliamentary Judicial and Legal Committee, also said, “Those who call these marriages ‘child marriage’ are exaggerating and being extreme. The immediate proposal of this change in civil law will only create uproar.”

Dehghani, a member of the Judicial and Legal Committee, said, “Marriage is one of the most personal issues in the lives of individuals, and laws should not have any inappropriate interference in family matters. The marriage age is more of a cultural and religious nature than a legal nature. It is not logical to consider a single version of a ban on marriage for everyone.”

He added, “Currently, the plan is under consideration in the Committee, and we are opposed to it, because we cannot oppose the sacred Islamic law.” (The state-run Fars News Agency – November 25 – 26, 2018)

Girl-child marriage, which is one of the examples of violence against women, has been institutionalized by the mullahs’ regime by setting the legal age of marriage at 13. According to the regime’s officials and experts, some 180,000 girls under 18 get married in Iran every year. Only in 2017, the marriages of at least 37,000 Iranian girls between the ages of 10 and 14 have been registered. It has also been reported that there are 24,000 widows under 18, of which 15,000 are under the age of 15.