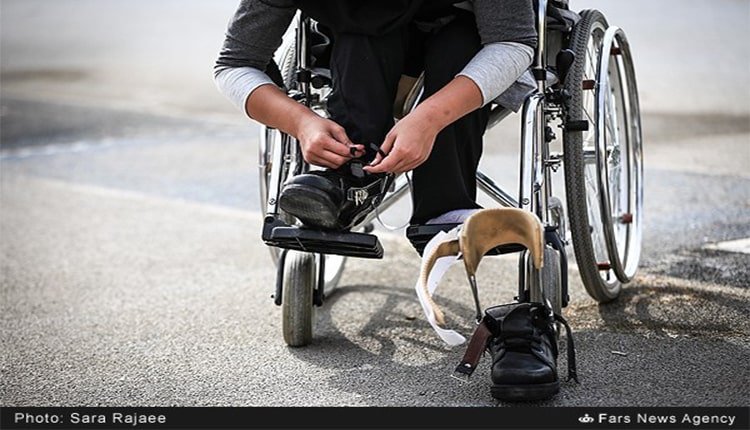 Overlooking women’s rights is institutionalized under the clerical regime in Iran. Likewise, disabled women in Iran face additional indifference when it comes to administrative promotion of their rights and well-being.

In 2004, the Iranian regime passed a law entitled ‘Disabled Persons’ Rights’ that remained unimplemented. In 2017, a general bill on this issue was again passed by the mullahs’ parliament, the implementation of which was conditional on the adequacy of the government budget and, therefore, was not executed.

According to statistics released by the mullahs’ parliament in 2017, more than 11 million disabled people live in Iran, with women accounting for 35% of the figure. The number of disabled women who have to earn their living was 39,372 and almost twice as much as disabled men in the same situation. Annually, 100,000 people are added to the number of disabled persons in Iran.

In the field of employment, disabled people make  up about 3-5% of the unemployment in each region. The number of unemployed disabled women is twice the number of men. That is, only one-sixth of women with disabilities might have an opportunity in the job market. While others cannot even afford to pay for their own transportation. This situation also makes them incapacitated for their medical and healthcare expenses which is an immediate basic necessity for any person with disabilities.

In addition to the economic problems, women with disabilities are 1.5 times more likely to suffer violence, harassment, abuse and discrimination than men with disabilities. Disabled women are forced to accept and tolerate cruel behavior and relationships because of their physical and social limits.

Family poverty, lack of decent homes, lack of urban services and appropriate transportation services for the disabled, and the neglect of educational facilities required for the disabled are all the more causes of disregarding people with disabilities and excluding them from the society.

What remains is the release of videos and images of the disabled women and girls who have been forced to sell goods on the streets and rummage through waste. This is just another aching agony added to all the other plights of the plundered nation of Iran.

As with other deprived sectors of the society in Iran, people with disabilities have raised their voices in protest to their conditions. Between October 6 to 10, 2018, during a series of protests by employees of the Edalat Stocks Cooperative, women with disabilities and head of households gathered in protest to the cooperative’s failure to pay 43 months of their salaries. On November 2, 2017, a number of people with disabilities gathered at the Iranian Press Exhibition in Tehran to protest against the Iranian parliament for not passing the bill on the rights of disabled people, the rights that will not be achieved except through the establishment of a democratic government.