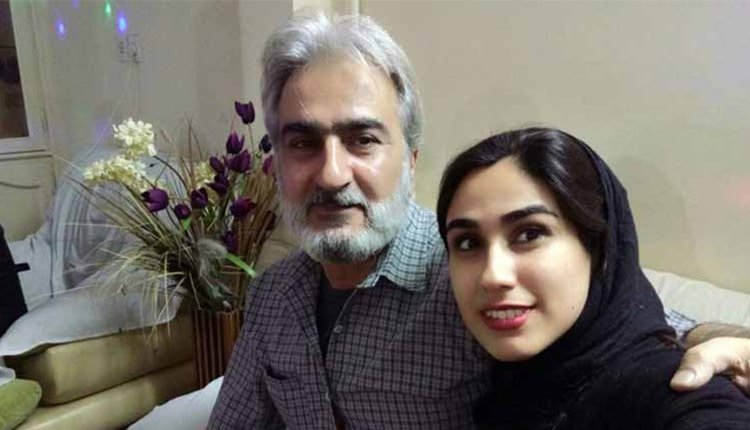 Hengameh Vahedian, a female student in Mashhad and daughter of rights’ activist, Mr. Abbas Vahedian, addressed the European Union representatives and Special Rapporteur on Human Rights in Iran, Mr. Javaid Rehman, and sent a video message asking for help regarding her imprisoned father.

“It seems that the only choice open to me is to bring forth my case to international institutions like the European Parliament and to persons like Mr. Javaid Rehman, the UN special human rights rapporteur for Iran.

“By doing so, I hope I can secure my father’s release, as I am all alone here and I have no one else to help me in securing my father’s release. As the Iranian prosecutor, does not respond to my requests, and he doesn’t even allow my father to have his own legal representation.

“My father, who was interrogated for forty days, has always maintained his innocence. He has stated that without being provided his own choice for legal representation any case against him will have no legal merit. The prosecutor in response has told my father that he can only have a lawyer chosen by the court system and is not allowed to have his own legal representation.

Abbas Vahedian, father of Hengameh Vahedian, was arrested by security forces on October 11, 2018, because of his activities in the Teachers’ Guild Association in Mashhad.

Hengameh Vahedian, a female student in Mashhad, published an open letter earlier on October, protesting the lack of accountability by the regime’s authorities and agencies regarding her father’s arrest. In her open letter, Ms. Hengameh Vahedian wrote about the activities and the hardships she had suffered to find her father.