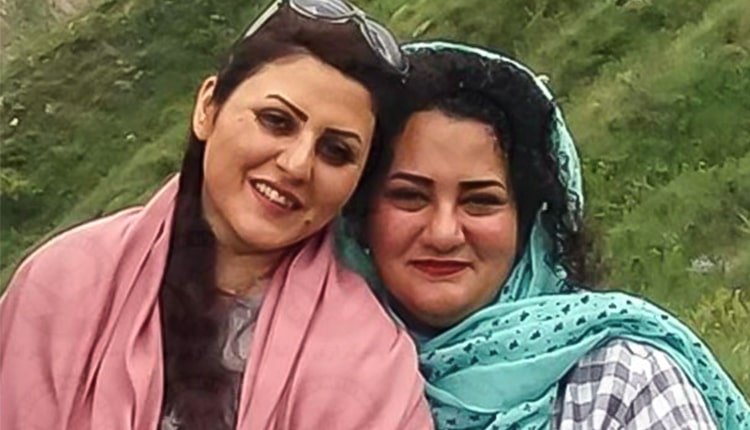 Two female political prisoners in Evin Prison, Atena Daemi and Golrokh Iraee, have been summoned to the prosecutor’s office of Branch 5 of Evin Prison for the second time.

On November 13, 2018, reacting to an oral and informal summon by prison authorities, the two female political prisoners refused to appear before the 5th Branch of the Prosecutor’s Office of Evin. One of the two female political prisoners, Atena Daemi, published an open letter and announced her reason for not attending the prosecutor’s office and the judiciary’s lack of independence.

In parts of this letter Atena Daemi wrote:

“This is the fifth time in the past two years, that I’ve been summoned this way to the prosecutor’s office for various reasons and often because of the complaints and conspiracy of Ali Chaharmahali, the Warden of Evin Prison.

“I have not attended any of them, and so far I have been acquitted from all the allegations. But it seems that until his exertions lead to another imprisonment sentence, the Warden of Evin Prison will make all his effort, abandoning all the important work of other prisoners, to spend his time on these conspiracies.

“And in this case, his wife (Salami) and two other personnel of the women’s ward Abdulhamidi (Head of the ward) and Shirin Esmaili (Deputy of the ward), are also helping him.

“Last year, after were several times contacted inside the ward, we were told that we have to go to the Office of the Implementation of the Verdicts in Evin to meet with the interrogator in charge of our cases. Due to the illegality of such meetings, we refused to go to the Implementation Office which eventually led to being arrested inside the women’s ward of Evin Prison. Not only we were not transferred to the Implementation Office, but were sent directly to Ward 2A of the IRGC Tharallah Corps. There, we were beaten up and sent to exile in Qarchak Prison for three and a half months. Now, only a month after we returned to Evin, we were informed about our acquittal of the case for which we had been transferred to Qarchak.

“Now, why and on what basis should we trust a dispatch sheet, which does not even mention the reason for the summon and the name of the person who has issued it? In fact, this is another evidence on the persons who are violating the law.

“Now, our protest against this unlawful summon will lead to another summon and another groundless accusation.”