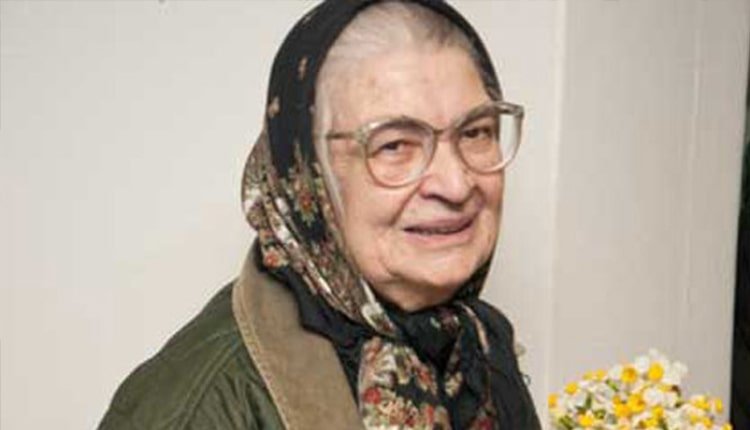 Touran Mirhadi (1927-November 8, 2016) was an Iranian educator, researcher, and author. She was an expert in children’s books, established the Farhad experimental learning institute (a kindergarten, elementary, and later a high school in Tehran) and co-founded the Children’s Book Council.

Touran’s father was Fazlollah Mirhadi, a mechanical engineer graduate from Germany and one of the well-known Iranian technocrats of the time. Her mother, Gerta Dietrich, a painter and sculptor, was an art graduate of Munich University. Touran’s parents met in Germany, and despite objections from Gerta’s parents, the two got married and returned to Iran in 1919.

Touran Mirhadi attended Azar Elementary School and Nourbakhsh High School and in 1948 began her university education at the Tehran University majoring in natural sciences. Influenced by Professor Mohamad Bagher Houshyar who taught courses in principles and science of education, she later changed her major to education and psychology. In 1946, a year after WWII, she traveled to Paris and attended Sorbonne University getting a degree in educational psychology and then a degree in kindergarten education. She returned to Iran in 1951.

Touran Mirhadi began her academic career in Bahar kindergarten and later joined the faculty at the Nourbakhsh High School to teach French language.

Like many other intellectuals who were concerned about the future of Iran, she engaged in political activities. In 1952, she met Major Jafar Vakili, also an intellectual officer, and the two got married. But her husband was arrested after the 1953 coup and was executed by Shah’s military government.

Touran Mirhadi’s academic activities continued with the establishment of Farhad Kindergarten in 1955. She received full support from her parents including the building for the kindergarten. Her father constructed the seats and other school facilities she needed, and her mother handled the paperwork including obtaining the necessary permissions.

Touran’s kindergarten work was embraced and welcomed by students’ parents and motivated Touran to establish Farhad Elementary School next to her kindergarten in 1957. Her second husband, Mohsen Khomarlou, was her major support for managing the two schools. In 1971, they established Farhad High School. By 1976, it had more than 1,300 students.

Touran Mirhadi, together with her friends, Lili Eyman and Azar Rahnama, organized the first “Children’s Book” exhibition in Tehran University in 1956. The exhibition led to additional movements on children’s book and in 1971, she established the Children’s Book Council.

The objectives of the Council included: to support and enhance children’s literature, to improve the quality and quantity of such books, to identify better ways for distributing the work, and to keep in touch with international trends in children’s books. These efforts made significant impact on children’s literary work in Iran and elsewhere.

Touran Mirhadi’s knowledge of German, French, and English languages helped her get recognition outside Iran. She was invited to the international conferences on children’s literature and served as a referee for Hans Christian Andersen award.

Touran Mirhadi also worked on developing a collection of encyclopedias for children and adolescent ages. She continued working on the idea until 1979 when the collections were first published. She continued effort on enhancing these collections, 25 volumes altogether, until her death.