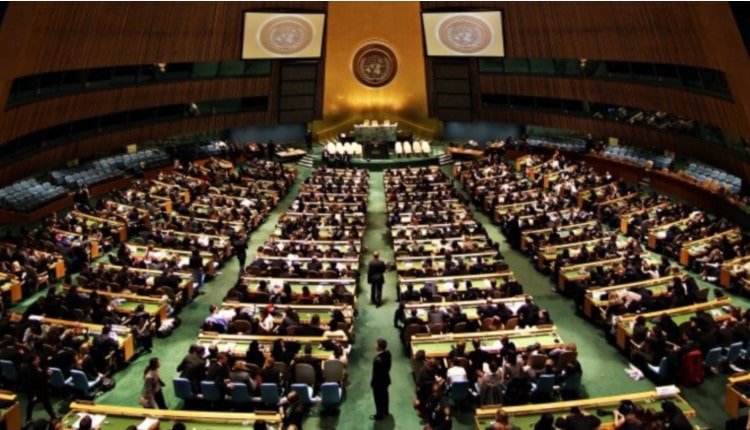 At its official summit in New York on Monday, December17, 2018, the UN General Assembly ratified the 65thresolution of the UN condemning the Iranian regime’s human rights abuses by84 favorable votes.

In this resolution, the highest international humanrights authority condemnsthe systematic violations of human rights and fundamental freedoms of thepeople of Iran by the regime and the alarmingly high number of executions,public executions, as well as torture and cruel treatment in prisons.

The resolution of the UN General Assembly calls for the suspension of deliberate deprivation of prisoners from access to medical treatment and calls for the end to “widespread restrictions on the right to freedom of opinion and expression and the right to freedom of assembly” and to stop the “harassment and intimidation” of political opponents, human rights defenders, defenders of the rights of minorities and women, workers, students and environmental activists.

The resolution emphasizes the need to eliminate all forms of discrimination and other violations of human rights against women and girls in Iran and minorities and the necessity of visiting the UN special rapporteur from Iran. “The General Assembly decides to continue to review the human rights situation in Iran.”

MaryamRajavi, welcomed the adoption of the 65th UN resolution condemning thesystematic and grave violations of human rights in Iran.
Mrs. Rajavi, the president-elect of the National Council of Resistance of Iran,reiterated, “Although the resolution fails to address many aspects of theinhumane crimes committed by Iran’s religious fascism, it leaves no doubt thatthis regime is the most brutal and aggressive violator of human rights intoday’s world. The inaction of the international community against the crimesof this regime has emboldened it to continue and spread these crimes, thelatest example of which has been the barbaric raids on the residences of theSteel workers of Ahvaz and the arrest of dozens of those who demand theirminimum rights.”

Mrs. Rajavi urged the international community to investigate the crimes of the Iranian regime, especially the 1988 massacre, and refer the dossier of these crimes to the UN Security Council. Ali Khamenei, Hassan Rouhani and other officials responsible for these crimes must be brought to justice. On Thursday, December 13, 2018, the European Parliament passed a resolution on human rights abuses in Iran. Violations of human rights, the status of political and civil activists, human rights defenders and the massive popular protests were reviewed. The European Parliament also called for the immediate and unconditional release of Nasrin Sotoudeh.