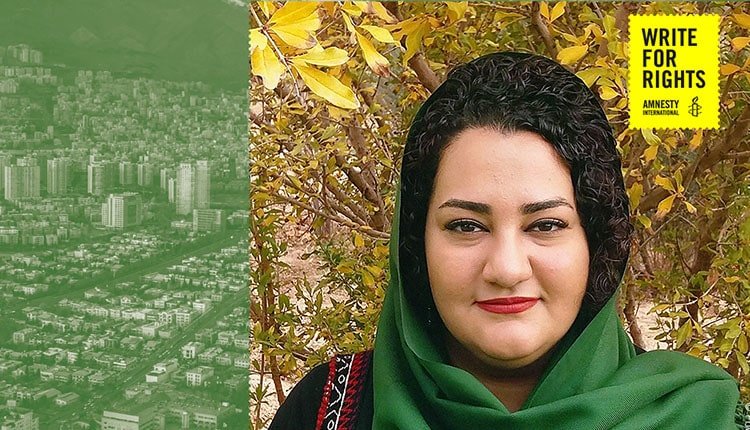 Amnesty International announced the names of five women as leading struggle for human rights in 2018. Atena Daemi, a political prisoner and human rights activist in Iran, is the second of these five human rights defenders.

Every December, Amnesty International announces a campaign to focus on one thing: making change happen. The campaign, which is one of the biggest campaigns for human rights in the world, this year will be supporting extraordinary women who are leading the struggle for justice, often in the face of fierce opposition, discrimination and violence.

The names of these five human rights defenders include Nonthle Mbuthuma from South Africa, Atena Daemi from Iran, Vitalin Cole from Ukraine, Geraldine Chacon from Venezuela, and Pavitri Manjhi from India.

Political prisoner Atena Daemi was arrested on October 21, 2014, and transferred to Evin Prison.

Amnesty International’s campaign explained, “Like so many others, human rights defender Atena Daemi dreams of an end to the death penalty in Iran… Atena was sentenced to seven years in prison simply for standing up for human rights. Her trial was a sham – it took just 15 minutes and she was convicted on trumped-up charges, including ‘gathering and colluding to commit crimes against national security’. It’s one more bitter example of the intense crackdown on people who speak out for a fairer Iran.

“Atena has been beaten, pepper sprayed and put in solitary confinement, but she continues her brave human rights work from behind bars. Earlier this year, she went on hunger strike to protest at her transfer to a prison notorious for its poor conditions.”

On the charges against her, Atena said, “In 2013, Khamenei announced unpardonable cases. I also responded by saying that the killings that took place in the country and the crimes that took place in Kahrizak Prison are also unpardonable for the people! For this reason, I was sentenced to two years’ imprisonment for insulting the leader. Five years of imprisonment, in addition to charges of gathering and conspiring and attending gatherings against the death sentences of Reyhaneh Jabbari and Arjhang Davoudi, and the Kurds that were executed.”

In response to the question of whether you are afraid of the 7 years’ imprisonment and do not regret the activities that you have done, Atena said, “I do not regret anything! I have always said that, as long as I am here and I have the ability, I will defend human rights.”