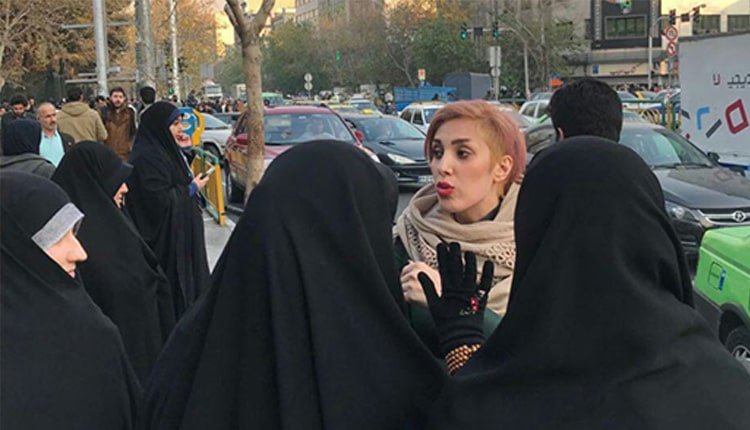 The compulsory veil – admission to the mistakes of a falling regime

The compulsory veil – admission to the mistakes of a falling regime.

From the first day of the religious dictatorship in Iran, its misogynistic and repressive laws have been materialized in a visible symbol, the compulsory veil. This was the first icon, the tip of an iceberg of widespread violations of all the human rights of Iranian women to the extent that it became the focal point of all political and national security decision-makings.

Recently, Parvaneh Salahshouri, a member of the mullahs’ parliament, acknowledged the mistakes of a falling regime. She said the regime’s policy-makers had made mistakes in their policy of enforcing the veil on Iranian women, for which she faced harsh and offensive reactions from other officials.

Among others, Salahshouri acknowledged: “Not only we did not manage to get the youth to believe in (the need for) hijab, but we made them evade it… What we did was to work on Islamic appearance, and (in doing this) we were hypocrites.” (The state-run Khaneh Kargar news agency – December 1, 2018)

Salahshouri also admitted, “From the outset, the issue of hijab was raised as a political matter rather than a cultural one. This politicization ruined everything… Aren’t the principles of not lying, not deceiving, and dozens of other traits, among Islamic characters? So why is lying so rampant in our country?”

Referring to 26 government agencies and more than 300 so-called cultural institutions tasked with enforcing the veil, she asked, “The question is, why haven’t these agencies, with big budgets, not succeeded in educating young Muslims? For example, why hasn’t the Seminary with its budget of billions not been successful in this regard? Why aren’t advertising agencies with their huge budgets not been effective in promoting the veil?”

Earlier, the regime’s parliament had published a special report which indicated that, only 35 percent of Iranian women value the religious veil (Chador), and nearly 70 percent of women either do not believe in it or are among “the improperly veiled” and protest the compulsory veil in Iran. (The Office of Cultural Studies of the Research Center of Majlis, July 28, 2018)

It is worth mentioning that despite her liberal gestures, Salahshouri, like all other regime officials, owes her position to a heartfelt and practical pledge of loyalty to the regime’s supreme leader.

In an address on May 9, 2016, to the gathering of the Council of the National, Popular Front of Virtue and Veiling, Ali Khamenei, the mullahs’ supreme leader, reiterated, “Any discussion over the voluntary or mandatory nature of Hijab (the compulsory veil) is deviatory, and does not enjoy any place in the Islamic Republic.”

It is clear that such confessions, especially when popular uprisings to overthrow the dictatorship is escalating, reflect the regime’s fear. Such flamboyant remarks are reactions to the volatile state of the society after four decades of vicious repression.

Having borne the brunt of repression over these years, the brave women of Iran have the greatest potential to lead the way in the Iranian people’s quest to uproot the mullahs’ corrupt regime and all its factions.